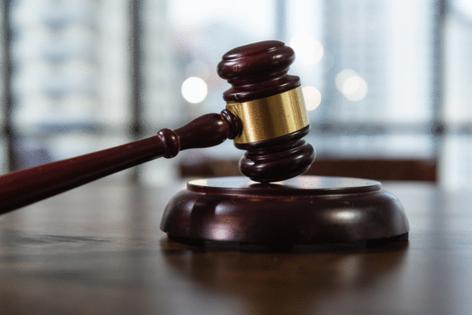 The Florida Supreme Court repudiated the U.S. Constitution and decades of precedents last week in ruling 5-2 that a judge may sentence someone harshly for showing no remorse. Short of waterboarding or other explicit tortures, there could not be a more deliberate violation of the precious right to not incriminate oneself.

Justice Ricky Polston, a classical conservative and usual ally of Chief Justice Charles Canady, broke with him this time, to his credit.

“Showing remorse is admitting you did something wrong — an admission of guilt. And increasing a defendant’s sentence based on the failure to show remorse is punishing a defendant for failing to admit guilt,” Polston wrote. “Punishing someone unless they confess guilt of a crime is a violation of due process and the right against self-incrimination.”

“Florida’s capital cases provide important context here,” Labarga wrote, “and one needs to look no further than the 30 exonerations from Florida’s death row — the most of any state in our nation. A defendant’s adherence to a claim of innocence is not always borne of a stubborn refusal to admit the truth. Sometimes, people convicted by juries are actually innocent.”

Such people now have an impossible choice: Either apologize to the judge for what they said they did not do, or risk being sentenced to the max.

That’s what happened to Alvin Davis, an ex-convict, after a Tallahassee jury convicted him four years ago of illegally possessing the firearm police found under the seat of the car in which he was riding. Davis claimed he was framed by the driver and continued to say so after the jury found him guilty. Unwisely he told Circuit Judge Robert R. Wheeler, “I understand I cannot get any justice here in this court,” and said he would trust “my life and liberty” to an appeal.

Sentencing guidelines provided for a term between roughly 10 years and 15. Wheeler opted for the maximum, telling Davis it was because of “your failure to take any responsibility, the nature of the crime, the fact that it involves a firearm.”

Had Wheeler kept his reasons to himself, there would have been only faint grounds for the issues Davis took to the First District Court of Appeal at Tallahassee. That court ruled 7 to 3 against a new sentencing hearing for Davis, 43, who remains incarcerated at Charlotte Correctional Institution.

“No one has a constitutional right to be remorseless about committing crimes,” said Judge Bradford Thomas in a concurring opinion. That reprised the hard lines he took as a legal adviser to Gov. Jeb Bush, who appointed him to the district court in 2005.

Acknowledging a clash with precedents around the state, the court also certified the core issue to the Florida Supreme Court.

But that didn’t necessarily signify any discomfort with its decision. Otherwise, the precedent it was setting would apply only within its North Florida territorial district. Kicking it upstairs could make it effective statewide.

Judge Scott Makar, one of the dissenters, asked, “What’s changed to justify this dramatic shift?”

He didn’t get an answer from his colleagues, but the answer has long been obvious to Florida’s legal community and others who care for the integrity of the judiciary — the two most recent governors have been openly politicizing the appellate bench. Both former Gov. Rick Scott and Gov. Ron DeSantis have taken advantage of a power the Republican Legislature gave them in 2001 to appoint all nine members of each judicial nominating commission rather than merely three as the system was set up in 1972.

The new conservative Supreme Court majority created by DeSantis has been reversing key precedents and lurching to the right at almost every opportunity. In the most dramatic example, the Supreme Court renounced, over Labarga’s dissent, its historic policy of reviewing death sentences for proportionality.

Among those protesting the Davis ruling last week was Sen. Perry Thurston, D-Fort Lauderdale, who described it as a “reminder of the dire need to revisit how we select judges in Florida and the importance of an independent judiciary.”

Thurston, a former assistant public defender, filed legislation in the 2020 and 2021 sessions to restore the nominating commissions to the independence they had for 29 years after their creation by Gov. Reubin Askew. Neither of those bills nor their companions in the House had so much as a hearing in any of the several committees to which they were assigned.

Thurston is leaving the Legislature because Florida’s resign-to-run law applied to his unsuccessful congressional candidacy. Whoever succeeds him must pick up the banner. So should every candidate who believes that independence from politics is essential to the integrity of the judiciary and to the preservation of constitutional rights.