Why I Think Feminism is a Farce 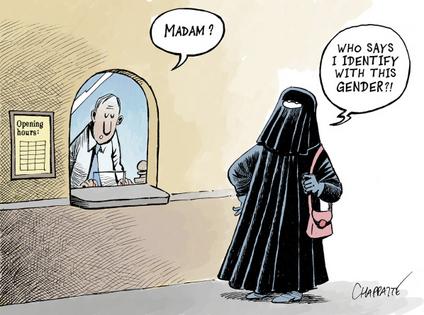 Whenever I write about abortion, I get a lot of pushback from people who disagree.

I fully admit that I’m an extremist when it comes to whether a child has a right to be born. There is no wiggle room for me, no negotiation, no gray areas. The “rape and incest” exceptions are what my old law professors used to call “red herrings” used to shut down discussion.

I am a conservative, an anti-feminist, a woman of the far right. I was a Republican and I was a Democrat and I was an independent but even through those partisan mutations, my identity remained constant: I hate liberalism. There’s no way to sugar coat it or conjure a Kumbaya moment: At my core, I reject anything that smacks of progressive policy.

The fact that I work with asylum applicants, something that would normally place me in the “enemy” camp for some Republicans and many “seal the border” conservatives, does not change my beliefs that every human life has dignity and should be treated with respect until it no longer deserves that treatment. That’s a conservative position, one that recognizes a tradition that derives from our Founders: We all have an inalienable right to life. We also have the liberty to make mistakes, but the obligation to bear the consequences. As for the pursuit of happiness, I’ll leave that to AOC and the folks at the Met Gala.

Which brings me to the point of this column, several paragraphs in: I despise feminism. You can put that in the “duh” category, I suppose, but I’ve seen an unfortunate trend over the past few years that somehow equates being independent, strong and outspoken with being a feminist. Sadly, some of my fellow conservatives have fallen for the hoax, hook line and stiletto.

Feminism is sold and packaged as the idea that women are as good as men, and that they have an equal place in society. It is presented as a philosophy that empowers females and is used to show how “evolved” we have become, or need to be, in respecting our daughters. It fueled the MeToo movement, caused a run on pink yarn, justified the murder of 48 years worth of babies, and spawned millions of pages of books with titles like “Know Your Worth” “The Handmaid’s Tale,” “The Vagina Monologues” and its sequel “Telling The Vagina To Shut Up.” (Yes, I made that last one up.)

There are even some women who identify as “anti-abortion” but who also define themselves as “pro-life feminists.” Ick and eew. That dishonors those of us who believe that feminism is an exclusionary philosophy with very little to do with empowering women and everything to do with shaming men.

Let me give you a recent example of how mean-spirited self-described feminists can be. Eighties Super Model Linda Evangelista came out last week and admitted that she’d been the victim of botched plastic surgery, which left her “unrecognizable.” She explained that because of the medical procedure, she had essentially become a hermit, hiding from public view.

Instead of being supportive, as “the sisterhood” claims it always is, they made snarky, cruel comments about the fact that she shouldn’t be obsessed about the way that she looks, how ridiculous it was that a woman valued herself based on her looks, and how this played into the hands of the patriarchy.

My first thought when I viewed these comments on social media was that it was quite easy for the women who looked like they did (you could see their profiles in their tweets) to make fun of a woman who made millions based on her beauty. Clearly, they’d never had that problem.

But even more than this, I was reminded of how modern feminism only values a certain form of woman, a certain type of independence, a certain flavor and color and breed of fierce. It brooks no dissent, nor does it accept any request for clarification, as in why did the institutional feminists not respect the accomplishments of Justice Amy Coney Barrett? Or, why did they abandon Monica Lewinsky? Or, why did they simply roll their eyes when Senator Susan Collins got death threats for voting in favor of Justice Brett Kavanaugh?

At a more personal level, why did they call me an obscenity on a national website devoted to “empowering women?”

Those are all rhetorical questions, of course. The truth is fairly simple.

Feminists cannot see beyond the tips of their annoyingly noisy vaginas, and fail to understand that the only organs that truly matter have nothing to do with gender: The fearless heart and the magnificent, independent brain.