Could the Golden Rule Sway Some Vaccine Skeptics? 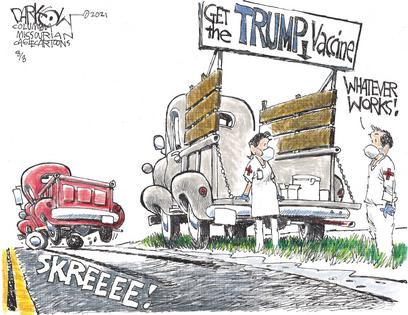 A recent poll of 5,123 adults by the Public Religion Research Institute and the Interfaith Youth Core found that nearly four in 10 vaccine-hesitant Americans (38 percent) who attend religious services at least a few times a year said that one or more faith-based approaches would make them more likely to get vaccinated.

And, as it turns out, when you tell people that getting vaccinated allows them to live out one of the core tenets of Christianity - loving their neighbor as themselves-- the message tends to resonate.

And it resonates across all faith and demographic groups.

And more than three in 10 (31 percent) of vaccine-hesitant white Catholics told pollsters that a faith-based approach could encourage them to get vaccinated, up from 15 percent earlier in the year, the poll found.

Specifically, more than two-thirds of Hispanic Catholics (67 percent) saw getting vaccinated as an example of loving their neighbor, up from 55 percent in a similar March poll. More than six in 10 Hispanic protestants (61 percent) answered the same way, up from 49 percent in March.

A clear majority of white mainline protestants and white Catholics (58 percent each, respectively) also answered the same way, according to the poll. Fifty-six percent of Black protestants also went for the Golden Rule argument.

With the delta variant of the virus surging across the country, and hospitalizations similarly increasing from West Virginia and Tennessee to Minnesota, reaching that stubborn constituency of Americans who still have not been vaccinated is more urgent than ever.

Support for that Golden Rule argument actually dipped among white evangelical protestants, going from 46 percent in March to 43 percent in June. That constituency, where there’s an intersection of both conservative theology and more worldly Republican opposition to vaccines, has been harder to reach.