Donald Trump and Republicans, In Their Own Words 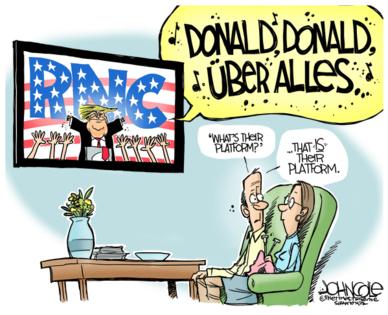 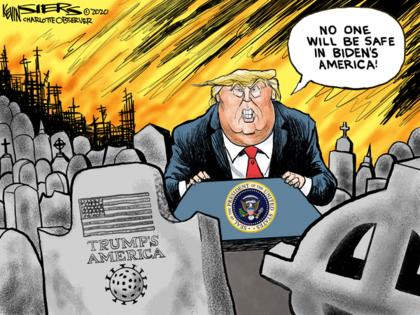 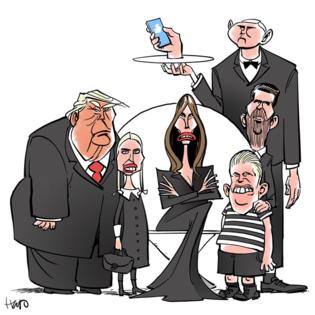 In 2016, Trump delivered a darkly tedious and overlong speech from the frigidly air-conditioned Quicken Loans Arena in Cleveland. At least it had the virtue of being on private property.

In 2020, he delivered a darkly tedious and overlong speech from the White House’s South Lawn, blasting through the traditional and legal prohibitions against using federal property and resources for electioneering.

In 2016, Trump insisted that he alone could solve the nation’s problems, warning that “the attacks on our police, and the terrorism in our cities, threaten our very way of life. Any politician who does not grasp this danger is not fit to lead our country.”

In Washington last week, Trump complained that Democratic nominee “Joe Biden and his supporters remained completely silent about the rioters and criminals spreading mayhem in Democrat-run cities. They never even mentioned it during their entire convention. Never once mentioned.”

Even as Trump blasted what he said was “left-wing anarchy and mayhem in Minneapolis, Chicago and other cities,” he also honored police officers - a recurring theme of convention week. But he remained utterly silent on the reason those same demonstrators were taking to the streets: To protest the killings of unarmed Black civilians at the hands of law enforcement, and the decades of institutionalized racism that has resulted in a legal system weighted against people of color.

And if you needed a reminder that the Grand Old Party, which left its convention week without an actual platform, is now really the Party of Trump, you didn’t need to look any further than Senate Majority Leader Mitch McConnell.

Four years ago, in a joint appearance with then-House Speaker Paul Ryan, McConnell took to the stage looking like he was starring in a hostage video while undergoing a root canal. McConnell’s antipathy to Trump at the time was well-documented.