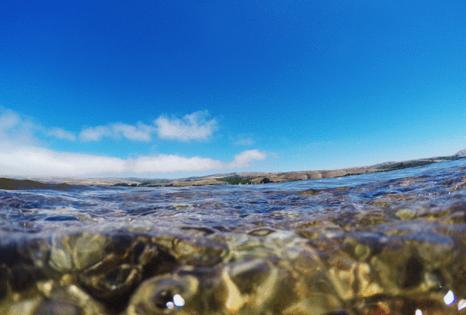 Since the tail end of last year, when the first in a parade of storms slammed into California, Maloney and many of the state's other oyster farmers have been unable to harvest the mollusks, temporarily closing some operations and taking California oysters off some menus.

Although the storms brought much-needed rain to the state, helping to refill reservoirs and soaking drought-stricken regions, the water runoff into places such as Morro and Tomales bays prompted oyster harvesters to pause operations for bacterial testing.

"Here in Tomales Bay, most of the year the water quality is some of the best in the lower 48," said John Finger, co-founder and CEO of Hog Island Oyster Co. Hog Island is one of the state's largest oyster harvesters, producing around 6 million mollusks a year, 3 million of which are produced at its Tomales Bay facility.

Because of runoff from agricultural fields and homes, "the fecal coliform bacteria count goes up," Finger said. The bacteria levels might not make people sick, he said, but are "an indicator there might be some issues in the water."

Depending on how high water levels rise or how much rain falls, farmers are required by the state health department to wait a certain number of days and retest the bacteria levels before they can take up harvesting again. The waiting period allows the oysters to purge out pollutants as well.

When rain causes Chorro Creek, which empties into Morro Bay, to rise by a foot, Maloney is unable to harvest for several days.

During the most recent set of storms, the creek rose by 20 feet.

"Since the storm started, I haven't been able to harvest for about two weeks," Maloney told the Los Angeles Times on Thursday. "On Friday, I have to test the water to see if it's clean enough, and if it is, I'll get that result on Monday.

"So the soonest I could harvest is Monday," he said, "unless it rains more."

LOS ANGELES — As California emerges from a two-week bout of deadly atmospheric rivers, a number of climate researchers say the recent storms appear to be typical of the intense, periodic rains the state has experienced ...Read More