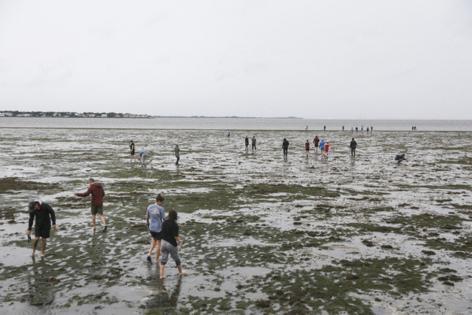 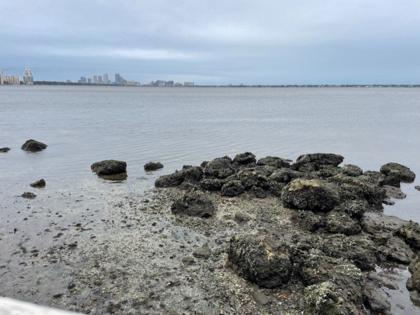 TAMPA, Fla. — It was an unusual scene, sure to enrage public safety officials who had warned people of the danger. But the Instagrammers just couldn’t resist.

As Hurricane Ian neared Florida on Wednesday, Tampa Bay seemingly drained away. It was like a bathtub after somebody had pulled the plug.

Then, the water returned.

Water levels had dropped by more than 5 feet as Hurricane Ian sucked it away from the shore.

In defiance of the warnings issued by safety personnel, people took advantage of the phenomenon and shimmied down rocks near Bayshore Boulevard onto the sandy floor.

Mud squelched beneath their boots and bare feet as they waltzed about the emptied bay, posing for photos and FaceTiming friends.

Thursday morning, water rushed back into the bay, climbing by nearly 4.5 feet, according to data from the National Oceanic and Atmospheric Administration.

The effect of the water being pulled from the bay is referred to as reverse storm surge. It’s something that was experienced during Hurricane Irma in 2017, too.

Reverse storm surge occurs when wind from a hurricane pulls water away from the coast.

As Hurricane Ian approached south of Tampa Bay on Wednesday, its winds were blowing counter-clockwise, creating pressure in the northeast, according to National Hurricane Center reports, pulling water out of the bay.

But those same forces can suddenly cease or reverse, pushing the water back in.