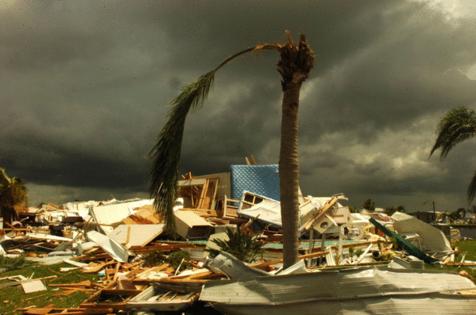 ORLANDO, Fla. — Hurricane season is closing in on its peak.

The National Oceanic and Atmospheric Administration dubs mid-August to about mid-October as the peak of hurricane season when statistically the Atlantic becomes a lot more active with tropical weather. The true peak day is statistically been recognized as Sept. 10.

NOAA records, which track global hurricane data back to 1851, show that Aug. 15 is usually when the fourth named storm of the Atlantic hurricane season most commonly emerges. However, the season is running slightly behind only having produced three named storms with the last being Tropical Storm Colin, which fizzled at the start of July.

Last year, by Aug. 13 there were already seven named storms, and in 2020 (the busiest hurricane season on record) Tropical Storm Kyle emerged by Aug. 14 pushing the season’s total to 12 at that point. Looking at strictly the last 20 years, it’s easy to see why storm preppers may think of 2022 as a season without much steam. Of the last 20, 11 seasons have had more than four named storms or tropical depressions before mid-August.

Fourteen of those seasons recorded at least one hurricane before Aug. 15. Although, NOAA records show that statistically the first hurricane usually emerges by Aug. 11. No hurricane has formed in 2022 yet.

But using the last 20 years as a metric isn’t an accurate way to gauge predictions, said Eric Blake — the acting branch chief of the NHC — to the Orlando Sentinel earlier this season.

“(This season has been) slower than recent years, yes, but that’s pretty random if you look at the historical record,” Blake said. “For example, 2004, one of the most active and destructive US seasons on record, had zero storms by this (early August). And then in 2005, it was exceptionally busy with seven by now, and it continued. The correlations of June-July storms to rest of the season is almost zero.”

Despite an otherwise slow start, the NOAA reaffirmed its preseason forecast of an above-average season in storm production and expects the Atlantic to start getting busy now that the year has entered the tumultuous time of hurricane season. An average season has 14 named storms. The NOAA is forecasting a range of 14 to 20 storms before Nov. 30.

With such a premonition, some may have been expecting a more aggressive start in the tropics, but that may have more to do with the expectations set by hurricane seasons 2020 and 2021.

NOAA meteorologists predict a high storm count because of factors such as the ongoing La Niña, very warm sea surface temperatures in the Atlantic Ocean and the Caribbean Sea, weaker tropical Atlantic trade winds, and an enhanced west African monsoon, which would leave more moisture over the Atlantic.

For much of July and August the Saharan Air Layer, or a massive plume of African dust, has been drying out the tropics eliminating any chance of storm development. The dust cloud settled over the Atlantic earlier in the summer and even settled over Central and North Florida this week creating a tropical shield in the form of hazy skies, according to the National Weather Service.