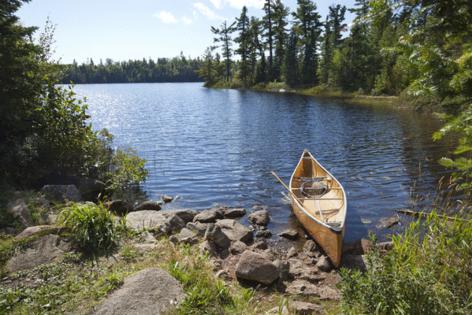 Heat waves are getting more humid. That's the subtle change that has been observed by climate scientists, said Kenny Blumenfeld, a senior climatologist with the Department of Natural Resources' State Climate Office.

But so far, researchers haven't logged a jump in days of extreme summer heat, even as the globe is warming from climate change.

"For reasons that we don't fully understand, the frequency of these types of days has not really increased," Blumenfeld said.

The state has a long history of extreme heat, including its worst heat wave on record, according to DNR: an eight-day run in July 1936, when the mercury peaked at or above 100 degrees each day. There were up to 900 deaths estimated from this event alone.

Almost all of Minnesota's recent warming trends, by contrast, have shown up in the colder parts of the year. Winters are warming several times faster than summer, Blumenfeld said. But noticeable changes in summer heat will start to show up, at the latest, by the middle of this century.

The winter warming is significant, however, because it can lead to a feedback loop that makes warming happen faster, according to Stefan Liess, a climate researcher at the University of Minnesota.

That's because warmer winters mean a decrease in snow cover. If there's less snow on the ground, there is also less white area to reflect sunlight away from the planet, said Liess, who led a detailed study on the state's future climate.

"Minnesota is kind of in this tough spot where we unfortunately get relatively strong warming compared to the rest of the globe," Liess said.

For now, changes in humidity during heat waves remain the most significant change in summertime, Blumenfeld said. Previous heat waves, like the one in 1963, were fueled by arid desert air blowing north and east into the state.

On Monday, the dewpoint reached around 70 degrees. The water in the air "makes conditions feel worse in general," Blumenfeld said.

There isn't a lot of clarity on why Minnesota's hot days are getting more humid, though it's well established that in a hotter climate, more water evaporates. That's part of why global warming is linked to more intense rainfall, which has also been observed in Minnesota, Blumenfeld said.

Another factor could be the phenomenon commonly known as "corn sweat," or the water that evaporates from growing corn. That wasn't likely part of Monday's event, though, because the crop is still too young, Blumenfeld said.

But eventually, it won't just be the humidity in summer — heat will catch up, too.

"All of the projections show that at some point there's just too much warm air around everywhere, and you do start getting more of that intense heat," Blumenfeld said.