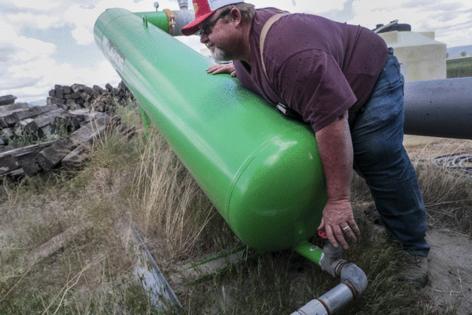 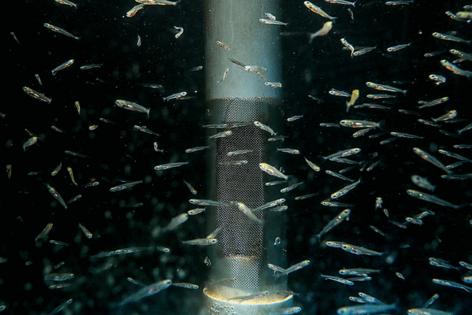 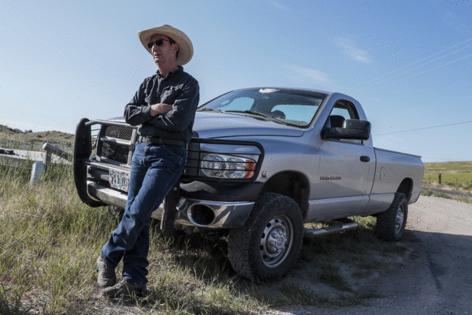 But water spews from the hot springs on Ron Barnes’ land near the California-Oregon border, pure and perfect for rearing c’waam and koptu, two kinds of endangered suckerfish sacred to Native American tribes.

Barnes, who holds an advanced degree in aquaculture from UC Davis, has dug dozens of ponds on his property and filled them with thousands of young suckerfish. He hopes raising and releasing them into the wild will end the region’s epic water wars — or at least get federal regulators out of the mix before his neighbors descend into violence.

“We have to take a pragmatic view of this thing,” said Barnes, standing near his black-bottomed lagoons under an intense morning sun. “The single most effective way to get the government off our backs is to restore the fish population.”

The suckerfish, which are on the endangered species list, are at the heart of a rancorous water controversy. They typically spawn in nearby Upper Klamath Lake, an agricultural reservoir that is growing increasingly dry and toxic. To ward off their extinction, federal regulators have cut off every drop that normally flows from the lake to the Klamath Reclamation Project, a federally built web of irrigation canals that once held the promise of almost limitless water for nearby farms.

Growers and landowners in the region are divided between those who are furious but want a peaceable path forward, like Barnes, and those who are threatening to take water by force.

Extremism — from white nationalism to anti-government militancy to secessionism — has long had a foothold here, and some are worried that, with no compromises in sight, their neighbors will push the situation to an armed confrontation with government authorities.

“We’re doing our damnedest to keep cooler heads here, to let cooler heads prevail,” said Scott Seus, a family farmer who relies on water from the lake. “There’s a sense of desperation right now, and not many people who want to listen.”

Federal scientists and wildlife officials have asserted that maintaining a healthy lake is critical for preventing extinction of the suckerfish, as the U.S. Endangered Species Act requires them to do. But families who have homesteaded here for generations say their problems stem not from the degraded lake or climate change — which many of them dismiss — but government ineptitude. They say federal regulators keep doing the same things year after year, benefiting neither fish nor farmers.

“I just wish we could look at it and say, ‘We’ve been doing this and we’re not getting any success, can we try it a little different?’" said Paul Crawford, a local grower.