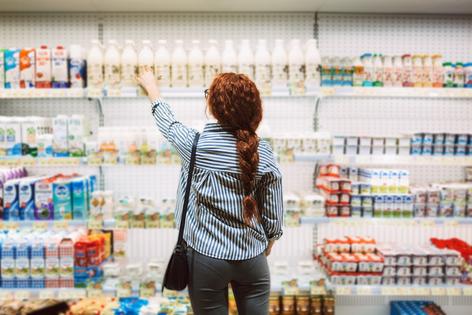 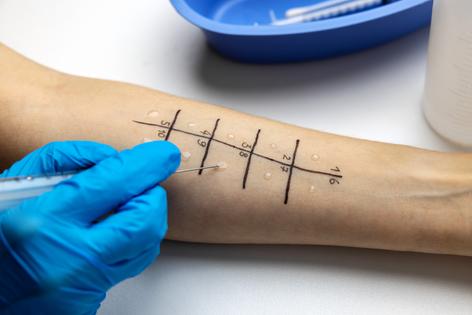 The prevalence of food allergies is increasing worldwide, approaching an epidemic level in some regions. In the U.S. alone, approximately 10% of children and adults suffer from food allergies, with allergies to cow’s milk, eggs, peanuts and tree nuts being the most common. Some patients have mild symptoms that might not need medical attention, leaving these cases unreported.

Food allergies, or food hypersensitivities, result from the overreaction of the immune system to typically harmless proteins in food. They can manifest as a spectrum of symptoms, ranging from itching, redness and swelling for milder reactions, to vomiting, diarrhea, difficulty breathing and other potentially life-threatening symptoms for severe reactions.

Besides self-reporting, food allergies can be diagnosed by exposing patients to trace amounts of offending proteins, or allergens, via their mouth or skin and observing their immediate reactions. More commonly, doctors use blood tests to measure the levels of immunoglobulin E, or IgE, a specialized antibody that the immune system uses to identify allergens and trigger a response. Although healthy individuals may have low levels of IgE in the blood, patients with food allergies have much higher levels that increase their risk of having severe allergic reactions.

But some people who test positive on skin-prick allergy tests with moderate increases in IgE don’t notice any allergy-related symptoms when they eat the allergen. This condition is sometimes referred to as asymptomatic sensitization. In many cases, people with this condition may not even be aware that they have a food hypersensitivity.

Are they truly asymptomatic, though? Or are there effects within their body that they aren’t aware of?

I am a neuroscientist studying how the brain is affected by food allergies. I became interested in this topic when I found that some of my family members had a hypersensitivity to cow’s milk. Some totally avoid dairy products because they have experienced severe, life-threatening symptoms. Those who don’t have typical allergic reactions occasionally eat dairy, but appear to develop seemingly unrelated illnesses a day or two later.

What I and other researchers have found is that food allergens can affect your brain and behavior if you’re hypersensitized, even if you don’t have typical food allergy symptoms.

Researchers have suspected food hypersensitivities to be a potential cause for behavioral disorders for decades.

A 1949 case report described behavioral and mood disturbances in patients after they ate certain foods, such as milk and eggs. Their symptoms improved after removing the suspected foods from their diet, suggesting that a food hypersensitivity was the likely culprit. However, I was intrigued that the patients had been able to eat the offending foods up until they chose to avoid them. In other words, they were asymptomatically sensitized, or tolerant, to the allergens.

Several recent studies in people have supported the association between food allergies and various neuropsychiatric disorders, including depression, anxiety, attention-deficit/hyperactivity disorder and autism. They strengthen the possibility that some reactions to food allergens could involve the nervous system and manifest as behavioral disorders.