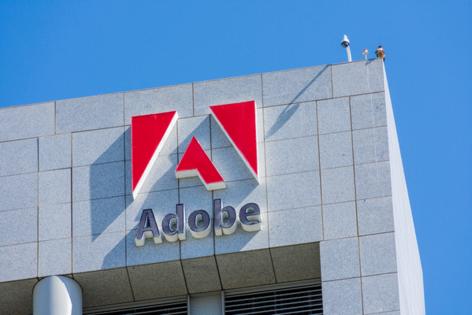 SAN JOSE, California — Adobe has reached its 40th anniversary, an event that marks a four-decade journey during which the company created tech products that have become vital tools for consumers and professionals alike.

John Warnock and Charles Geschke, two tech entrepreneurs who had just left legendary Xerox PARC, launched Adobe in December 1982 inside Warnock’s garage, which happened to be perched next to Adobe Creek in Los Altos.

The company that Warnock and Geschke founded has become the birthplace of an array of breakthrough and revolutionary technologies, including Adobe PDF (aka, portable document format), Adobe Acrobat and Adobe Photoshop.

“We wanted to change the world through digital experiences,” said Maria Yap, Adobe’s vice president of digital imaging. Yap is at the heart of these changes: In 1993, she was hired by Adobe to help develop Acrobat.

San Jose-based Adobe has become a company that over the 12 months that ended in early September generated $17.19 billion in revenue and profits of $4.81 billion.

“If you are working at an office today or as a content creator working from home, you are undoubtedly familiar with Adobe products,” Bradley Guichard, a contributor to the Motley Fool investment site, wrote on Oct. 25.

That influence is dramatically widespread, the Motley Fool post indicated.

“Users opened more than 400 billion PDFs in Adobe products last year, and 90% of creative pros use Adobe Photoshop,” Guichard stated in the Motley Fool analysis of Adobe. “The company’s products are integral to many.”

Four decades ago, no less a visionary than Steve Jobs saw the potential for the company that tech upstarts Warnock and Geschke had founded. In 1983, Jobs offered the Adobe co-founders $5 million to buy their company.

Warnock and Geschke initially refused the offer that Jobs tendered. Ultimately, on the advice of their investors, Warnock and Geschke agreed to sell Jobs a 20% stake in the company. Jobs also agreed to pay a big license fee over a five-year period for Adobe Postscript — in advance. That huge cash infusion helped Adobe turn a profit in its first year of operation.