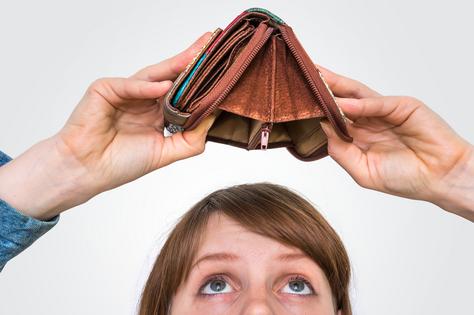 When asked to estimate how much money they would spend in the future, people underpredicted the total amount by more than C$400 per month. However, when prompted to think about unexpected spending in addition to typical expenses, people made much more accurate predictions.

These are the main findings of a series of studies and experiments that we conducted and which have just been published in the Journal of Marketing Research.

In our first study, we began by asking 187 members of a Canadian credit union to predict their weekly spending for the next five weeks. Then, at the end of each week, we asked them how much they actually spent.

For the first four weeks, people underpredicted their weekly spending by about $100 per week or $400 for the month.

In the study’s fifth and final week, we ran an experiment to see if we could improve people’s prediction accuracy.

In group two, participants were asked to think of three reasons why their spending for the next week might be different than usual before making their estimate. This led them to make higher and much more accurate predictions – coming within just $7 of what they actually spent.

Importantly, participants in each group spent roughly the same amount of money that week, on average. The only difference between the two groups was whether they accurately predicted that amount.

Next, we conducted nine experiments to better understand why people underpredict their spending and whether being prompted to think of unusual expenses helps improve accuracy. In all, over 5,800 people participated in these experiments, including a representative sample of U.S. residents.