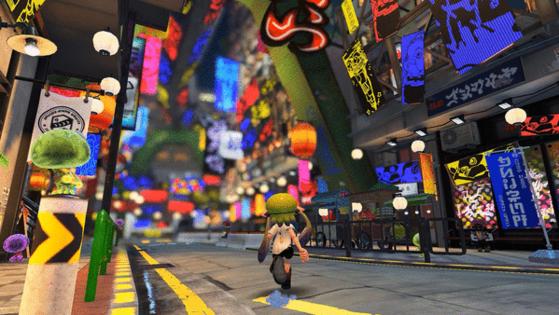 “Splatoon” has been Nintendo’s most successful original franchise of the past 10 years. It’s a series that came out of necessity as the rise of competitive shooters left the company with a hole in its gaming portfolio. Nintendo needed to fill it, but the big question was: How would the developers create a family-friendly shooter and make it feel unique to its brand?

The answer lay in sea life and paintball. More specifically, Nintendo focused on cephalopods, which happen to create their own ink, and the team sport that uses balls of paint for ammo. The big difference in “Splatoon” is that instead of winning a match by fragging opponents, the players’ goal is to cover the most territory with their team’s colors.

Although it seemed simple to use creatures called Inklings and Octolings to splatter each other with paint, Nintendo plumbed the depths of that inky interaction with its characteristic ingenuity. Through two chapters, they’ve made improvements to the formula, but with “Splatoon 3,” Nintendo has finally put everything together into a complete package.

A POLISHED EXPERIENCE ALL AROUND

Whether fans are playing competitively or cooperatively, the multiplayer modes are enjoyable. The single-player campaign is more ambitious with bigger stakes and major plot reveals that make it feel just as epic as anything this side of “Call of Duty.” “Splatoon 3” even offers its own internal card game called Tableturf to add to the game’s many diversions.

It’s a buffet of fun that’s tied together with a slick urban vibe. Players create an avatar and drop into the Splatlands with the crowded city of Splatsville at its heart. It’s a more vibrant place as the curious can explore the hub world’s alleys and plazas, or they can hit the X button to jump to different shops and modes.

The core of “Splatoon 3” lies in its multiplayer modes, which are curated with a playlist that’s rotated throughout the day. It’s streamlined so that players can jump in and out of matches and sharpen their skills. The combat and mechanics remain the same. Players shoot their paint to cover the ground and they can slip into a squid mode to glide through their team’s ink, allowing them to move faster and reach more areas of the map.

The skill in the fighting lies in how well players can switch between swimming in the ink and attacking their opponents. It’s a unique form of dodging. The best players are the ones who can outmaneuver, outthink and outgun their adversaries.

While the foundation remains the same, Nintendo fine-tuned everything around it to make the progression and customization both more rewarding and addictive. Players can create different builds that combine weapons that each have their own strategies with outfits that complement that playstyle. For example, if a favorite weapon consumes ink quickly, it’s best to find gear with the Ink Saver skill. What’s great is that the more players use an equipment set, the more perks they can unlock.