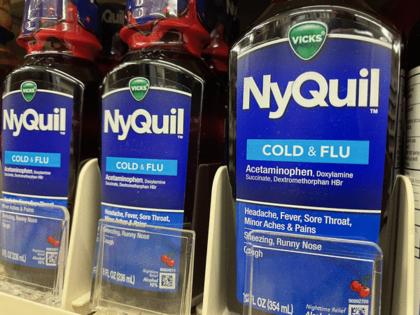 Cold medicine, milk crates and even laundry detergent: These may seem like everyday household products to most of us but they have featured in viral social media challenges in the past few years.

These are the five most dangerous stunts:

Probably the most deadly of them all, the “blackout challenge” entails cutting off one’s air supply either by holding the breath or tying something around your neck. The dangerous trend has been around since at least 2008, but it started making the rounds on TikTok again in 2021. The challenge has been linked to more than 80 deaths back when it first emerged, said the CDC.

The “Benadryl challenge” on TikTok encourages people to film themselves taking large doses of the antihistamine containing diphenhydramine, which will induce hallucinations. At least one death, of a 15-year-old girl in Oklahoma, has been blamed on the challenge.

Videos circulated in 2018 on social media showing kids biting into brightly colored liquid laundry detergent packets, or cooking the soap-filled capsules in frying pans, then chewing on them before spitting the soap out. Experts say the game, dubbed the “Tide pod challenge,” is dangerous. Some people have been shown foaming at the mouth and coughing violently after doing the stunt.

This challenge involves dumping NyQuil cold and flu medication over chicken and cooking it, purportedly as a protein-infused cold remedy. The Food and Drug Administration warned against it last week. “The challenge sounds silly and unappetizing — and it is,” the FDA said. “But it could also be very unsafe. Boiling a medication can make it much more concentrated and change its properties in other ways.”

People have filmed themselves gingerly climbing rickety pyramids made of plastic milk crates, then sending the internet into hilarity when they fall down. Trouble is, people break bones, fall on their faces and get severe head injuries.