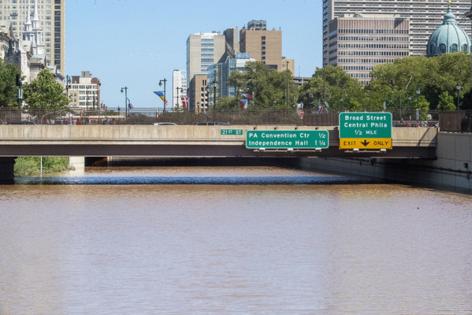 Why is it that climate-change deniers are so quick to speak up when the weather is cold and icy, but become as mute as a mime when America is suffering from record heat?

The first three weeks of June saw record highs — not only throughout the southern U.S. but in Minneapolis and Milwaukee, where roads buckled when the temperature reached 100 degrees for the first time in nearly a decade.

Meteorologists blamed the extreme temperatures on heat domes, which they described as high-pressure zones that allow the compressed air beneath them to heat up. Heat domes are common in summer, but scientists say climate change has increased their intensity.

In addition to extreme heat, climate change has increased precipitation during heavy rains in Pennsylvania by 10% since 1910, and the state Department of Environmental Protection projects an additional 8% increase by 2050. All that rain has led to more flooding in the Delaware River watershed.

With the worst yet to come with regard to global warming, this country should be addressing the problem more aggressively. Instead, the war in Ukraine’s impact on the world oil supply has raised gas pump prices and led President Joe Biden to beg the fossil-fuel industry to ramp up production.

Even if the oil companies wanted to help Biden, they couldn’t do enough to help very quickly. It can take anywhere from six to eight months to get oil from a well into a gas pump after it’s been dug. More important, oil company investors have no incentive to reduce their profits by building more rigs and rehiring laid-off workers. Patriotism, you say? Don’t hold your breath.

The more difficult course for Biden, especially with midterm elections staring him in the face, would be to ask Americans to be patient and adjust. Elected officials did that during the Arab oil embargo in the 1970s. People started driving more economical vehicles and a 55-mph speed limit was imposed.

Similar long-term solutions are needed now, not quick fixes like tapping the national oil reserves or suspending the federal fuel tax. Instead of pleading for cooperation by oil companies, Biden should have asked Congress to reconsider some of the measures in the now-deceased Green New Deal.

Coal company scion Joe Manchin, the Democratic senator who joined Republicans in killing that legislation, would likely object again. But that shouldn’t keep Biden from pointing out to Americans that the best way to avoid $5-a-gallon gas prices is to drive an electric car. Ramping up their production would create jobs, maybe some of them in Manchin’s West Virginia.

The Mountain State also figures prominently in a case before the Supreme Court, West Virginia v. Environmental Protection Agency, in which the justices appear poised to curtail the government’s regulatory authority over greenhouse gas emissions from power plants — a move that would represent another blow to addressing climate change.

The environment might have been a bigger topic during this week’s economic conference of the Group of 7 industrialized nations meeting in Germany. But the Ukraine war put the leaders of the other G7 nations in the same boat as Biden, trying to figure out how to get their countries the fuel they need without lending support to Russia’s unconscionable invasion.

They, too, need to take a longer view. Climate change is also a clear and present danger. The best interests of the G7 and America rest on taking the right course to ensure the future of not just their children and grandchildren but later generations. That means enduring the current pain and taking steps that won’t bring immediate relief. Don’t encourage the fossil-fuel industry to reenergize. Speed up replacing it with alternative energy sources that won’t accelerate global warming.