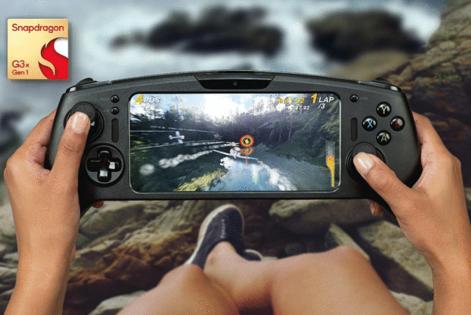 What new bells and whistles might be coming to top-tier Android smartphones next year?

Qualcomm, whose mobile processors power some 2 billion handsets worldwide, gave a few hints this week at its annual Snapdragon Summit in Hawaii.

It also added a few surprises, including a standalone mobile gaming device and a revamped branding campaign that seeks to make the Snapdragon name as well-known as "Intel Inside."

Here are a few things to know about this week's event.

There are 2.5 billion mobile gamers worldwide, and they spend a lot of money on their preferred entertainment. Qualcomm estimates the amount at $90 billion to $120 billion a year.

The company has long touted its sharp graphics and fast processing for gamers on smartphones. Now it's working with gaming hardware outfit Razer on a standalone, handheld gaming device. which includes a cooling fan for better performance.

"Let's say you are connected to a 5G network, and you're doing multi-player gaming," said Alex Katouzian, senior vice president of mobile, compute and infrastructure at Qualcomm. "That is when immersive audio is very important. The fan is very important because now you can push the envelope of performance to a higher level. You can attach to a TV. Fast charging capability is on there as well."