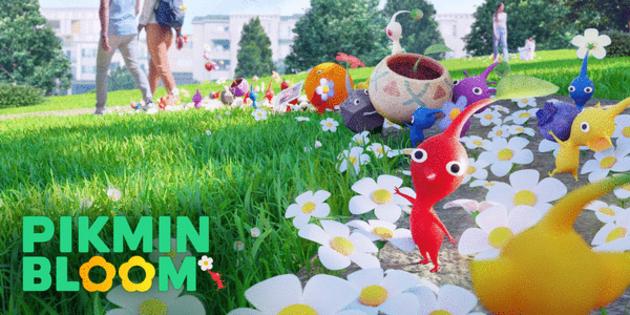 Niantic’s vision of gaming demands so much that it could be considered a lifestyle. Players are encouraged to explore the world, exercise and socialize with others. It takes a lot of commitment and that could be the reason for the success of “Pokemon Go” and the demise of its other projects “Catan: World Explorers” and “Harry Potter: Wizards Unite.”

With a game that asks so much of players, it sucks the oxygen out of their lives. It could be that there’s no room for anything beyond “Pokemon Go.” That puts Niantic’s latest title “Pikmin Bloom” in an unusual predicament. It has to be a game that gets players out of the house, and it has to complement the gameplay of its bigger, more successful counterpart. In other words, “Pikmin Bloom” has to be a game that fans can play alongside “Pokemon Go.”

The developer manages to do that by putting the game’s emphasis on exercise. Instead of trying to catch them all, players are encouraged to walk and explore their neighborhoods. That’s how they discover new seedlings and grow the tiny creatures, which are essentially a cross between ants and plants. They swarm around players, following them, and in the console games, the hero, Olimar, can toss them to defeat enemies. On the surface, the gameplay isn’t as intuitive as “Pokemon Go,” but somehow this collaboration with Nintendo works.

The seedlings are comparable to eggs in “Pokemon Go.” Players need to walk in order to grow/hatch them, but players will discover other benefits to exploration. On their outdoor adventures, they’ll find new seedlings to grow and fruits that are distilled into nectar. That nectar is important because it’s what used to grow flowers atop Pikmin’s heads and those flowers produce petals that boost a seedling’s growth rate.

Having more Pikmin is advantageous because players can use them on expeditions to fetch fruits, gifts and seedlings. They can even send them on Challenges, in which up to 18 Pikmin attack objects, such as mushrooms, to break them down for fruit and other items.

Although it sounds like a lot of work, “Pikmin Bloom” is fairly hands off. With the focus on walking and exploration, players can concentrate on casual strolls and occasionally check on what their Pikmin have gathered. If players venture to unusual areas, they get rarer special seedlings, which contain a costumed Pikmin. Best of all, they can do this while also playing “Pokemon Go.”

Niantic tries to capitalize on the collection aspect of the game by giving Pikmin different costumes based on certain themes. Players will run across outfits inspired by parks, restaurants and salons. Even more interesting is that sometimes these little extras can be found by walking near stores or places connected to a theme. If players are looking for a clover costume, walking through a park could reveal a gift containing one. Meandering near a restaurant or bakery could lead to a Pikmin with toque. That’s a nice touch and adds to the exploration aspect of “Pikmin Bloom.”

On a winter morning in 2013, a meteor the size of a four-story building screamed across the country, exploding near the city of Chelyabinsk and injuring more than 1,600 people amid ...Read More