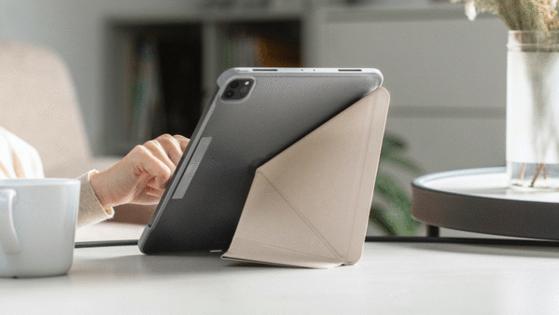 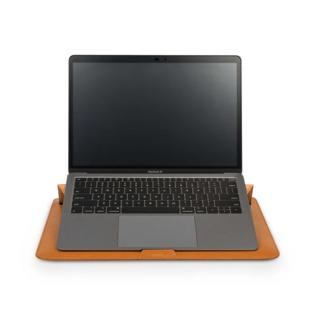 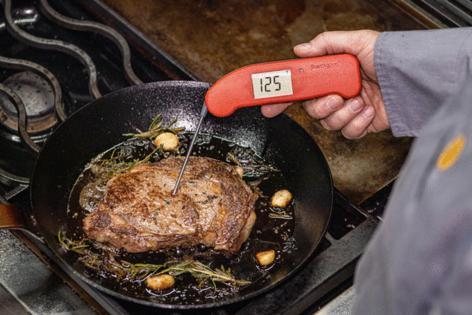 It’s hard to say the Thermapen One is truly the world’s fastest cooking thermometer, which the company describes as being as fast as the speed of thought. But after the instant reads, I’d say it’s impossible to beat.

The Thermapen measures 6.1-by-1.7-by-0.74 inches, weighs 0.25 pounds and is powered by a single included AAA battery, rated to last up to 2,000 hours. There’s a rubber gasket around the single screw battery compartment, ensuring it’s shockproof, dustproof and waterproof, with an IP67 rating.

Temperature readings have a range of 58 degrees below zero to 572 degrees Fahrenheit and -49.9 to 299.9 degrees Celsius with an accuracy of plus/minus 0.5° Fahrenheit and 0.3° Celsius.

Physically, it’s built like a pocket knife, but instead of a blade, there’s a 4.3-inch Type K Thermocoupleprobe, which folds out up to 180 degrees when needed and into a rubber probe retainer when not. A motion sensor is on the front so it’s ready to use when picked up.

I didn’t use a stopwatch to get the exact time, but honestly, it’s as instant as instant can be. Using Thermapen’s statement of Measures at Virtually the Speed of Thought is true to the word with full readings in one second or less.

The hand-washable Thermapen One is simple to test, with instant results on cooked, fresh and frozen food.

As for using it to take the temperature of a human, a representative from Themapen did not recumbent using it that way, saying “We do not recommend using Thermapen ONE as a tool to measure human temperatures because of the sharp point on the probe and the risk of poking someone under the tongue or under the armpit.”

The mirror-thermocouple sensor is on the tip of the probe, which is recommended to be inserted at least one-eighth of an inch into the meat being tested.

There are some settings to configure. To access them, remove the battery cover to reveal two small buttons. Adjustments can be made for readings of Fahrenheit or Celsius, the display resolution, screen rotation and the auto-off/sleep mode.

I kept everything in the factory settings, showing Fahrenheit on the 1.75-inch display, which goes to sleep to save the battery power right as the probe is folded in. The intelligent backlight display has a 360-degree auto-rotating display and automatically illuminates in low light.

I received a question this week from a reader who said her email was hacked and she wondered what to do next.

She’s also a Mac user and wanted to know if she needed to install an antivirus program to protect herself ...Read More

The iconic Rubik's Cube drove me nuts during the time I had one. Fast forward a few decades and now I have Heykube, the new generation technology-driven version of the Rubik’s Cube. Much more fun and much less ...Read More

PlayStation 5 video game puts players in the shoes of Colt Vaughn who must solve a mystery behind a time loop.

Time loops are nothing new in pop culture. “Star Trek: The Next Generation,” “Buffy the Vampire Slayer...Read More

If you're gaming on the Xbox One or a new Xbox Series X and want to use headphones, you can plug any old standard pair with a mic into the controller's 3.5mm jack. Note that we said you *can* do that, not that you *...Read More

In stressful times — and I think we all agree these qualify — Facebook can feel like a little bit of sanctuary.

Avoid the politics — and that person who insists on posting a picture of every restaurant meal he ...Read More