Munich: A City of Modern and Traditional Wonder 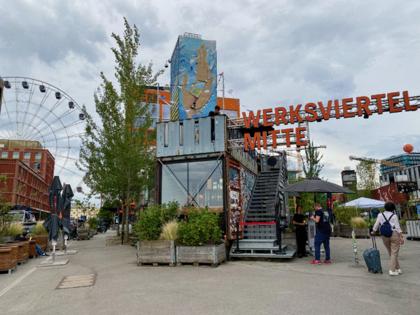 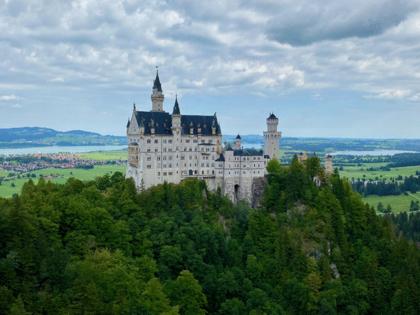 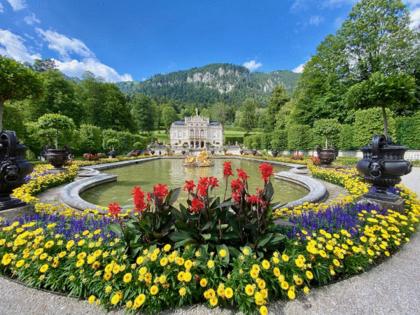 Munich seamlessly blends both the urban flair of a vibrant metropolis and the traditional charm of an outlying town. Situated on the Isar river to the north of the Bavarian Alps, Munich is the capital of Bavaria and the third-largest city in Germany. What started out as a market town in the 12th century has now transformed into a modern-technology capital known for its high-tech cars, tall tankards and -- above all -- beer-filled Oktoberfest celebrations.

During our visit while touring the Alps, our family experienced Munich's engaging mix of modernity and tradition firsthand. And it didn't take us long to realize that Munich's allure extends far beyond its unique regional identity. There's a whole world of architectural marvels, historical gems and stunning scenery to uncover here.

We started our trip by purchasing a Munich Card and a Munich City Pass that allowed us to travel around Munich using public transportation and to enter main attractions. This simplified the process of navigating around the city and exploring sites. We stayed at the new Gambino Hotel, which boasts a prime location in the brand-new Werksviertel-Mitte neighborhood. As one of Germany's most exciting urban development projects, this neighborhood is a pop-up city composed of repurposed industrial buildings alongside futuristic new structures.

The modern Werksviertel district demonstrates how beautifully Munich weaves the old and the new together. Werksviertel-Mitte was once a food-manufacturing site for potatoes and dumplings, but now it's a trendy neighborhood exploding with a creative vision to cultivate a neighborhood district of the future. For our teenage son, staying in such a lively and futuristic area of the city meant we were staying in an area "straight out of 'Ready Player One.'"

The Gambino Hotel is central to "Umadum Munchen," the biggest mobile Ferris wheel in the world. We grabbed some drinks and snacks from the nearby snack bar and rode the Umadum for free with our Munich City Pass. In the Bavarian dialect, "umadum" means "all-round," which perfectly describes the panoramic views of Munich's stunning cityscape that we enjoyed from our pod.

Then it was time to visit the famous Hofbrauhaus Wirtshaus beer hall. Dating back to 1589, this is the embodiment of original German hospitality with the quintessential Oktoberfest feel. It's where locals and visitors alike can kick back at family-style tables with a pretzel in one hand and a beer in the other, all while listening to daily live music. We laughed continuously as everyone kept offering our teenager a beer, which he continuously denied. The Hofbrauhaus has become so iconic of Bavarian beer culture that a visit to Munich truly isn't complete until you step inside.

The next day we did some sightseeing on the Munich Old Town Small-Group Walking Tour that I booked through TripAdvisor. This tour was less than $30 per person and worth every penny since we got to hit all the top sites in Old Town: the Marienplatz city center, the Viktualienmarkt market, St. Peter's Church, the Alter Hof, Frauenkirche church and the glockenspiel clock.

If you're short on time in any new city -- especially one as large as Munich -- a walking tour is a good way to get the lay of the land, get your bearings and hit top sites quickly. We walked all over Munich with one of the most sensational tour guides I've ever had, Dani. Under her leadership, we experienced the city in a fun, healthy and efficient way.

After walking all day, we were craving some Bavarian cuisine, so the dinner we had at Xaver's really hit the spot. A trio of young siblings runs this stylish restaurant that's located in the heart of Munich. The decor is a nod to Wirtshaus culture and features details emblematic of a classic Bavarian inn. We dined outdoors, savoring every bite of our wienerschnitzel, salmon trout ceviche and cheese spatzle.

On our quest to explore the best of the Alps we visited Garmisch-Partenkirchen, an appealing resort town nestled in the Bavarian Alps. Interestingly, this town is comprised of two separate side-by-...Read More

Words printed on T-shirts worn by locals offered a welcoming note shortly after my wife, Fyllis, and I arrived on the Caribbean island of St. Lucia: "Be happy." "Forget your troubles." "Don't worry,...Read More

So there I was, at the Sulphur Springs Mud Bath in St. Lucia, being smeared with green mud all over my body: two layers first to exfoliate, then sprinkled with black mud, a guide making designs in...Read More

He stared at me determinedly, curling his fingers around the railing as I sipped my early morning coffee on the balcony. As soon as I jumped into my room to grab my camera, he pounced on the ...Read More