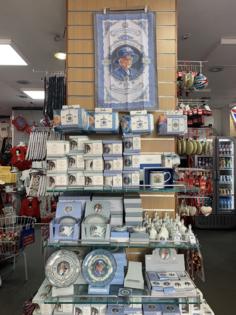 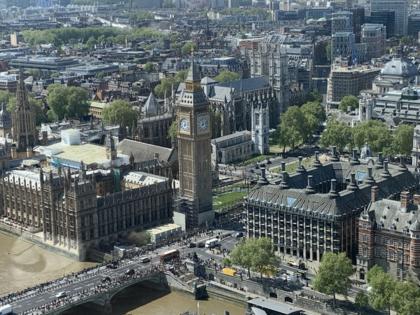 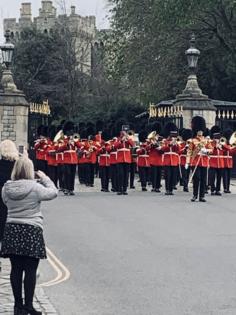 A lifelong royal fan, I recently spent a week in London, my favorite city, which I have visited more than three dozen times. This was my first international trip since November 2019, and what a great feeling to celebrate the easing of the COVID-19 pandemic that had tragically gripped the world.

As I wandered around the South Bank along the River Thames near the London Eye, it was exciting to see children scampering about with parents and grandparents -- including visitors from Italy, Germany, Spain, France and the United States. And what a thrill to see Platinum Jubilee royal souvenirs displayed in shops, the anticipation of a happy, celebratory atmosphere.

I have always admired the queen, who was just a girl of 10 when she was told, upon the abdication of her uncle, King Edward VIII, as her father succeeded the throne that she one day would be queen. It was just 15 years later, at age 25, as a young naval wife and mother of two youngsters (Charles and Anne), that she was suddenly catapulted to the lifelong position upon the unexpected death of her father, King George VI, on Feb. 6, 1952.

Yet not only has the queen drawn worldwide admiration throughout the decades, calmly surviving the intense royal pressure and work, but she has become a revered and respected figure worldwide. Especially last year, after losing her beloved husband of 73 years, Prince Philip, on April 9, 2021, and recently enduring several family disappointments and health issues, she has kept calm and carried on. Now 96, she will be feted for several days throughout the United Kingdom the first week of June amid lavish displays of pageantry and affection as only the Brits can do.

Held, as is tradition, in Westminster Abbey, hers was the first British coronation to be televised, with more than 20 million viewers in the United Kingdom alone. This 40th monarch since William the Conqueror has traveled more than any other British sovereign in history on more than 250 official visits in some 116 countries. Her reign has spanned 14 British prime ministers and 14 U.S. presidents.

Over a four-day bank holiday June 2-5, many events will be held, including Trooping the Color. A large military parade will feature 1,750 participants, and some 2,500 citizens will showcase fashion, vintage cars and music spanning the past seven decades. To toast the loyal and dedicated monarch's longtime reign will be numerous activities, events, concerts, picnics, prayer services and programs at several historic properties that include St. Paul's Cathedral and Buckingham Palace, where some of the royal family will make a balcony appearance.

Even if you aren't able to celebrate the excitement of the Platinum Jubilee in person, you may want to plan a later trip to London to visit the many historic sites. I always suggest that first-time visitors tour the Tower of London, Buckingham Palace (the several weeks annually that it's open for tours), the British Museum, Hampton Court (home of Henry VIII), Westminster Abbey and the Churchill War Rooms. They should also enjoy the bird's-eye views from atop the London Eye and not miss a boat ride down the Thames.

On both business and pleasure trips I have stayed in three- to five-star hotels all over London, and my favorite hotel location is the reasonably priced Premier Inn in the County Hall building next to the London Eye. (It was fully booked on my April trip, so I stayed at its sister Premier Inn a block away on York Road.) This location is within walking distance of most popular venues, a 20-minute boat ride to the Tower of London, a 50-minute train ride from nearby Waterloo Station to Windsor Castle (which is open for tours most of the year and where the queen currently resides) and a 45-minute train ride from Waterloo to Hampton Court.