Travel to the Islands -- In New York City 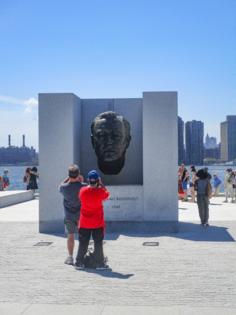 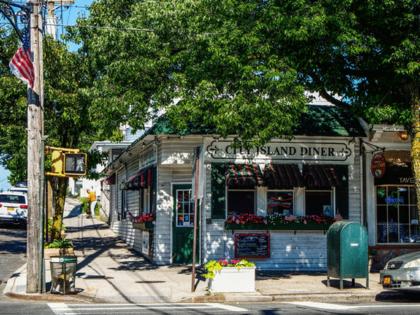 Mention New York City and "islands" in the same breath, and it's likely that Liberty and Ellis will come to mind. Liberty Island is home to the world-famous statue which, since 1886, has welcomed people to the United States. Once here, many of them were processed through the immigrant station on Ellis Island.

The pleasant surprise, however, is that New York City comprises 40-odd islands, many of them little known. Some are open to visitors, while those that are not have attractions that can be viewed from offshore.

From recreation to restaurants, chattering birds to sullen seals, they appeal to a variety of interests. Consider doing some island-hopping the next time you visit the Big Apple.

Randall's and Wards islands were separated until, in the 1960s, the channel between them was filled in. Much of Randall's is set aside as parks that house athletic fields, a driving range and other recreational facilities. In the past it was the site of asylums, hospitals and cemeteries.

During the Revolutionary War, Randall's and Wards -- which Native Americans called Minnehanonck and Tenkenas -- were the site of British military posts used to launch attacks on Manhattan.

Other islands also saw chapters of history play out. In 1637 the Dutch governor of what then was New Amsterdam purchased an island in the East River from its Native American owners, then lost it when the Netherlands surrendered to Britain in 1664. In 1796, a descendant of the original English owner built a home, which is the sixth oldest house in New York City. Almost a century later a Gothic-style lighthouse was constructed on the northern tip of the island.

In 1973, the name was changed to Roosevelt Island to honor the 32nd president, and planning for the Franklin D. Roosevelt Four Freedoms Park got underway. The focus of the park is a plaza containing a bust of Roosevelt and excerpts from his famous "Four Freedoms" speech carved onto the walls.

The name of Mill Rock Island is said to have come from a man who constructed a tidal mill there around 1701. At the start of the War of 1812, the U.S. War Department built a blockhouse armed with cannons to guard New York Harbor from the British Navy.

Mile-long Hart Island has filled numerous roles, including serving as a Civil War Union prisoner-of-war camp. At that time, it held 3,413 captured Confederate Army soldiers, a number of whom died and were buried nearby.

Before COVID-19 stopped many events and much of travel worldwide we were fortunate to be at Kentucky Horse Park in Lexington, Kentucky. Throughout the year paddocks, pastures and show rings...Read More

When asked to describe my fantasy island vacation, my response always includes space. Not the moon and the stars kind, but the sort that comes with deserted beaches, acres of scrub brush, an ...Read More

Several people watch a master baker demonstrate making pastries; participate in a chocolate, cheese and wine tasting; and enjoy a food-and-wine pairing gourmet dinner. Golfers play at some of the ...Read More

"You can be our guinea pigs!" veteran cruise friends exclaimed to my husband, Carl, and me when we told them we had recently booked an eight-night cruise on the Celebrity Millennium. The ...Read More

It's a perfect evening in San Diego, the setting sun casting a golden glow over the city's skyline. Along the waterfront a passing parade of visitors is admiring the mighty presence of the aircraft carrier Midway and the ...Read More

So began my first riding lesson at the Arizona Cowboy College in Scottsdale. After ...Read More