An Exchange Experience in Frankfurt Rhine-Main 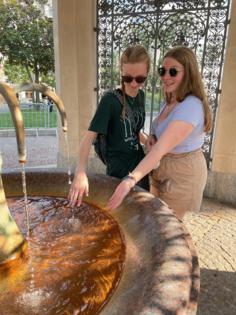 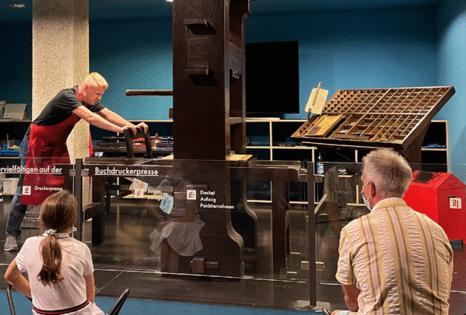 When my daughter began German classes in middle school, we could not have imagined how much the experience would add to our lives. Four years later, we hosted a student from Germany; we were preparing for my daughter to go there when the coronavirus pandemic spoiled everyone's plans. In the summer before she started college, we decided to re-create part of that canceled tour, and I got to go, too.

We knew the student who had stayed with us, but now both of us would be staying with her family, so we were excited and a bit nervous. The wide smiles and warm hugs that greeted us in Frankfurt set the tone for a marvelous adventure.

We usually sleep flying east and stay awake flying west to help us adjust to the new time zone. With that in mind, I told our host mom we could hit the ground running, so she loaded us into her car and drove us to nearby Wiesbaden for the afternoon.

This was a swanky town for centuries because of its hot springs. Also here are a high-rolling casino and a shopping district spread through historic cobbled streets. Cafes offer outdoor seating, and metal sculptures along the route are 3D replica maps of the town's center. We walked through a lush green park lined by elegant old mansions and eventually came upon a water-powered funicular from 1888 that takes visitors up Neroberg hill for a view of Frankfurt Rhine-Main that is unparalleled.

Our second day in Germany was a workday for our host mom, so she booked a tour of Mainz for us with a guide who explained the city's rich and complicated 2,000-year history. We learned that Gutenberg perfected his printing press by modifying the presses his family had used to prepare grapes in this wine-rich region. We also learned that Mainzer Dom, the city's magnificent cathedral, was the only place outside the Vatican ever to be a Holy See -- from 975 until 1011. Outside the church we paused at a wide wooden post covered in nails sold as a fundraiser for World War I widows.

After our tour, we noshed on sausages baked into pretzels with cheese from street vendor Ditsch then headed to the Gutenberg Museum to see the famous Bible and watch a demonstration of how the original press operated. The presentation was in German, so my daughter and her host sister translated the high points, and later the docent gave us the document he had pressed.

On our way home, we popped into a modern mall, where we found an archaeological dig of a temple devoted to Isis that was discovered during the mall's creation. We also stopped at the ruins of a coliseum that once held 10,000 Roman visitors who came annually to celebrate Drusus, an important military hero in the first decade B.C. A modern train station nestles against them now, and a silent video is on constant display to show how it once looked and how the ruins have been preserved.

Later we drove up a winding hill to Laubenheimer Hohe winery to taste local Reinhessen wines. The sun set and moon rose over the vineyards where we ate dinner and watched the twinkling lights of Frankfurt come alive on the horizon. Vinegar, local handkase cheese and onions on bread went well with our riesling and pinot gris wines, and a soft pretzel dipped in savory spundekas was divine.

With Frankfurt just a short train ride away, that was our next destination. Our daughters joined us for lunch in the oldest part of the city before going off on their own.