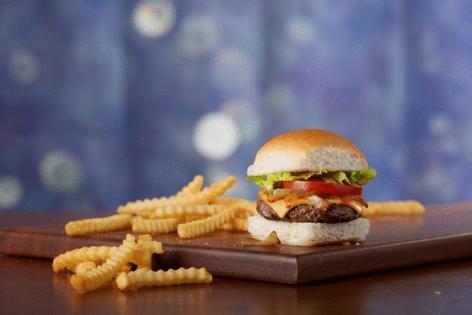 COLUMBUS, Ohio — White Castle, one of Columbus, Ohio's most recognizable brands, is returning to its roots with a century old version of its signature product as its 100th year draws to a close.

The burger chain's founding location in Wichita, Kansas, which opened on March 10, 1921, is recognized as the first fast food restaurant. The company moved its headquarters to Columbus in 1934.

"As a family-owned business, to be able to celebrate our 100th birthday has been really gratifying," Vice President Jamie Richardson said. "We're excited about what comes next."

"For us it's something that seems perfectly appropriate," Richardson said. "It hearkens back to when we started."

Modern sliders use square patties prepared on a bed of onions. Five holes are poked in the beef to help the meat cook faster and let the onion flavor absorb into the burger.

The original sliders, however, were a ball of meat crushed into a circle and cooked on a grill. The 1921 Slider will be seared, and seasoned, and topped with caramelized onions, cheddar cheese, a slice of Roma tomato, lettuce and pickles, a news release said.

White Castle founder Billy Ingram came up with the idea of crushing beef meatballs on the grill, and even developed an industrial spatula suited to the task, the release said.

The Short North White Castle at High Street and Second Avenue has served the 1921 Slider since it opened, but the franchise made the special product available at other stores in Columbus, along with St. Louis, Louisville and Nashville.

"One of our team members, Earl Howell, put a message in a suggestion box that said if we put five holes in the meat patty, they would cook a lot faster," he said. "Lo and behold, Earl Howell was on point."

Anyone who has the White Castle app on their smartphone and signs up for the Craver Nation loyalty program is entitled to a free 1921 slider, the release said.