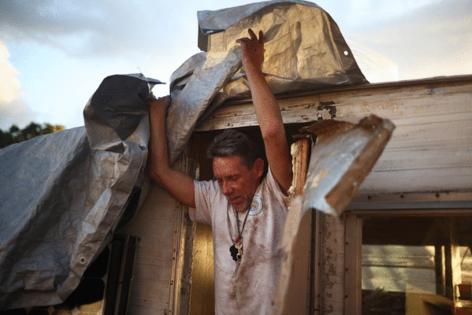 After all, tiny homes have become the hot new thing in the fight to end homelessness. The simple dwellings have multiplied across the Bay Area in the last few years and have been touted in splashy news conferences by everyone from the region’s big city mayors to Gov. Gavin Newsom as a salve to one of California’s thorniest problems.

But even after 55-year-old Hernandez moved into his tiny home on Mabury Road near Coyote Creek, it turned out he still had a long road ahead. For the more than 2,000 people like Hernandez who have tried out the Bay Area’s tiny home experiment, the single biggest measure of the model’s success is what happens next: Can a temporary stay in a tiny home be a final step on the path to permanent housing?

To explore that question, the Bay Area News Group spent four months following several tiny home residents and analyzed three years of data from Santa Clara and Alameda — the counties with the Bay Area’s largest homeless populations, and the two that have most fully embraced tiny homes — with the goal of determining how well the model works to get people into stable housing. The results could have implications throughout California and beyond as the tiny home movement continues to pick up steam across the West Coast.

Nobody has more riding on the success of tiny homes than people like Hernandez, who was accepted into the program in April after losing his possessions in an RV fire.

But he quickly found himself sitting alone in his new room with nothing to do but read and think, and he couldn’t stop dwelling on the San Jose homeless encampment he’d left behind. His “street family” — including two close friends with schizophrenia — was still there, living on a dusty, vacant lot near Columbus Park, among dozens of tents and RVs. Without him, who would make sure his loved ones ate? Got medical care? Stayed out of fights?

So he started going back to visit — and to sleep over. After he’d been away from the tiny home too long, they gave his spot to someone else, telling him they thought he’d abandoned it.

Hernandez’s story is one of many that showcase the countless pitfalls lurking along the path from tiny home to permanent housing. While thousands of hours of effort and millions of dollars have helped establish tiny homes as a promising solution even in some of the hardest cases, a close look suggests they remain a limited option in the face of the region’s overwhelming homelessness crisis — underscoring the immensely difficult nature of the problem.

CHICAGO — Plans to build a permanent casino and entertainment district in Chicago’s River West continue to evolve based on feedback from residents, Bally’s officials said at a community engagement meeting for the ...Read More

Just five months before the latest Real ID deadline, the U.S. Department of Homeland Security has again extended when travelers will need to have a federally mandated identification card for domestic flights.

Holiday shopping dominates the headlines and airwaves this time of year, but it's also when teenagers and young adults are deep into thinking about one of the most important financial decisions of their lives: whether and ...Read More

After facing dramatic rent hikes, South Floridians must now work many more days full time to be able to afford the typical rent in the area, according to a new analysis.