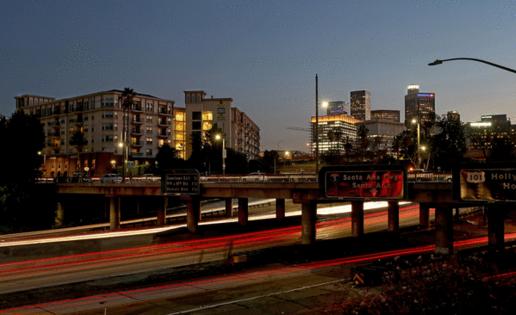 Prominent Los Angeles landlord Geoffrey Palmer has agreed to pay $12.5 million to settle a class-action lawsuit accusing his company of withholding security deposits from more than 19,000 tenants when they moved out of his apartment complexes.

The proposed settlement, which goes before Los Angeles County Superior Court Judge Elihu M. Berle on July 18 for preliminary approval, could mark the end of a four-year legal battle that has pitted tenants against Palmer's company, GHP Management Corp.

Court documents alleged the company — a subsidiary of G.H. Palmer Associates, one of the largest landlords in Southern California with more than 15,000 apartments in 23 Southern California complexes — withheld security deposits for years from thousands of tenants by charging repair and cleaning fees without properly notifying residents.

California civil code dictates that landlords must disclose all repair and cleaning charges, as well as provide tenants with bills and invoices. Court documents allege that the company failed to send those notices, and in some cases, duplicated invoices to make it seem as if more were delivered than actually were.

Palmer is one of one of L.A.'s biggest landlords and a prominent donor to Republican causes. He also is no stranger to lawsuits and controversy.

The developer is seen as a pioneer of downtown Los Angeles' revival in 2001, building fortress-like faux-Italian apartment complexes in freeway-adjacent spots others had shunned. But along the way, he has antagonized design enthusiasts, neighborhood and tenant activists, city commissioners and some politicians.

Representatives of GHP Management and its attorneys did not respond to requests for comment on the proposed settlement, which was reached with the help of mediators.

"We are very pleased to have negotiated an outstanding resolution for over 19,000 former tenants ... whose security deposits were inappropriately handled over many years. The hard-fought settlement of $12.5 million will likely result in the full return of security deposits to former tenants dating all the way back to July 2014," said Jimmie Davis Parker and Damion Robinson, attorneys representing the former residents in the class-action lawsuit, in a statement sent to The Times.

The pair called it "a resounding victory for tenants."

Hector Ibarra, a retired officer with the Los Angeles Police Department, rented a one-bedroom apartment from GHP Management in Montclair from 2014 to 2015. When Ibarra, 61, moved out, the company withheld more than $1,000 of his security deposit, citing repairs and cleaning fees. Ibarra said he was shocked because he left the unit in great shape.

New Yorkers in more than 1 million stabilized apartments face the largest rent increase in nearly a decade after a panel approved a 3.25% hike for one-year leases and a 5% rise for two-year leases.