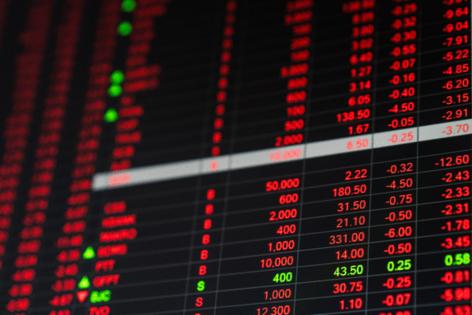 With inflation surging, the war in Ukraine roiling global markets and the after-effects of the pandemic still clogging supply chains, everyday investors have been jittery. But some had their nerves pushed to the edge this week after the Dow Jones Industrial Average took a swoon on Wednesday of more than 1,100 points, followed by a loss of another 237 points on Thursday — a loss of 4% in two sessions.

"There are more and more clients being nervous," said Anthony Valeri, director of investment management for California Bank & Trust, headquartered in San Diego. "And that happens when you have a severe selloff. It's nerve-racking, it's never fun."

Tech giants have taken a pounding this year, with Netflix down almost 70 percent, Meta (Facebook's parent company) off 44 percent and Amazon down 37 percent. But on Wednesday, weaker than expected first-quarter numbers by many retailers led to a rout.

Shares of Target dropped 25 percent on Wednesday and another 4% on Thursday after it reported first-quarter net profits shrinking 52 percent. Walmart stock has fallen by nearly 20% since Tuesday.

The losses have stoked fears that a recession is coming. A recession is defined as two consecutive quarters of negative growth in gross domestic product.

GDP dropped 1.4 percent in the first quarter of this year. In 2020, at the start of the pandemic, GDP went negative in the first and second quarters before sharply rebounding.

But for perspective, while the Dow was down 3.6 percent Wednesday, when the market severely contracted on what was called "Black Monday" in October 1987, the Dow fell 22 percent in a single day. And over the course of the dot-com crash that took a couple of years to unwind, the Nasdaq was down 76 percent.

"Don't freak out," Valeri said. "Yes, things could get worse, but know that you've got to have a long-term perspective. ... These types of fluctuations are part of investing. It's kind of what we call the price of admission to higher returns over time."

Given the number of geopolitical tensions at play, Allan Timmermann, professor of finance at the Rady School of Management at UC San Diego, said "there's a high level of uncertainty that is now likely to persist for a number of months."

The number of short-term rentals in New York City is outpacing the number of available apartments, putting a pinch on renters who are looking for space in a hot housing market.

The total number of short-term rentals of ...Read More

Q: The guidelines in our homeowners association have not been revised for decades. A question came up about exterior paint colors. Are the homeowners still bound by the most recent, although antiquated, guidelines? — Ken...Read More

LOS ANGELES — Eight years ago, Rion Nakaya was living in Oakland with husband Michael Cosentino and their two children when her mother, Maggie, lost her partner of 37 years.

Yields on certificates of deposit have been in the tank for years, ...Read More