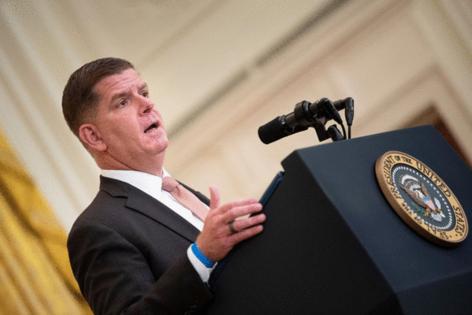 As the Labor Department mulls a proposed rulemaking on environmental, social and governance investment options by retirement plans, advisers say the rules are likely to temper a “chilling effect” caused by the prior administration’s guidance.

Advisers say more retirement savers are asking about ESG investing and that the forthcoming rules could place them on equal footing with many retail and institutional investors who examine factors such as environmental sustainability and corporate responsibility on social issues alongside traditional financial metrics.

“I don’t know if DOL is going to go as far as requiring plan sponsors to think about ESG investments as part of a plan menu, but I am pretty confident we’re going to get a level playing field,” National Association of Plan Advisors Executive Director Brian Graff told attendees as he led a panel discussion of experts during the NAPA 401(k) Summit this week.

Retirement plan fiduciaries haven’t had that much leeway in directing investments into ESG options. Experts are hoping that will change with updated Labor guidance. In December, the department’s Employee Benefits Security Administration issued a final rule that required retirement plan advisers to select investments based on “pecuniary factors.”

That policy limited ESG options for retirement plans, and many stakeholders reported a “chilling effect,” according to the Labor Department, which said in March it wouldn’t enforce that policy and would draft new rules.

“Retirement plan sponsors and participants deserve the freedom to choose the 401(k) investment that best suits their needs,” Graff, who is also CEO of the American Retirement Association, said in a prior statement in support of proposed legislation.

ERISA governs a broad range of retirement and health benefit plans. This includes defined benefit plans, such as pensions; defined contribution plans, such as 401(k)s for private sector employees and 403(b)s for public educators and employees of nonprofits and government entities; and many other variations.

These plans contain more than $10 trillion in assets and cover more than 150 million American workers and their dependents, according to Labor Department data. Retirement accounts are also the vehicle through which the vast majority of Americans invest in capital markets.