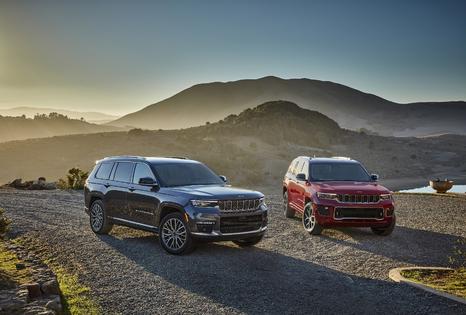 Enter the Grand Cherokee L, which does.

The Grand Cherokee L is a longer version of the standard Grand Cherokee. It comes standard with a third row and room for up to seven versus five in the two-row-only GC.

Other than that -- and the price -- they're essentially the same thing.

Prices start at $40,325 for the base Laredo trim of the Grand Cherokee L as opposed to $38,325 for the same thing in a two-row Grand Cherokee sans the L (and the additional length). Both come standard with the same 3.6-liter V6, paired with an eight-speed automatic -- and the option to buy four-wheel drive.

The GC L is now available with the passenger-side LCD screen that made its debut in the two-row GC. You can also get the L with Amazon Fire TV for the rear-seaters.