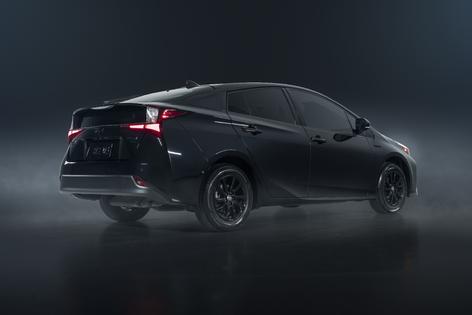 The best electric car is the one you never have to plug in -- a hybrid-electric car, such as the Toyota Prius. It has all of the advantages of an electric car, including the ability to be plugged in (if you buy the plug-in version) and run on battery alone for about 25 miles without ever having to worry about plugging in because it can recharge itself as you drive.

It also has twice the range of any purely electric car -- more than 600 miles -- so you don't have to stop for gas very often either.

It's an example of an electric car that makes a lot of sense, which is probably why so many people have bought one.

The Prius is the original hybrid -- the first mass-produced partially electric car.

The Prius also addresses another electric car problem: the cost. You won't spend a cent on gasoline if you buy an EV -- but you'll spend a fortune on the EV. The least-expensive EV currently available, Nissan's Leaf, costs $27,400 for the base version with a smaller battery and just 150 miles of range. A Leaf with a higher-capacity battery and 226 miles of range lists for $32,400.

You can also get all-wheel drive, something rival hybrids like the Hyundai Ioniq ($23,600 to start) don't offer. The cost so equipped is $27,235 for the LE AWD-e trim.

A plug-in variant called the Prime is also available. This one differs from the standard Prius hybrid in that you can plug it in to a household outlet to recharge its batteries and thereby use no gas. It can also travel about 25 miles on battery power alone, just like an electric car. But when it runs out of electric-only range, you don't have to stop for a charge.

The last of the V8 Interceptors -- from the "Mad Max" movies -- was a car. The real thing may be something like the Dodge Durango SUV -- especially the SRT 392 variant, which is equipped with the biggest V8 you can still ...Read More