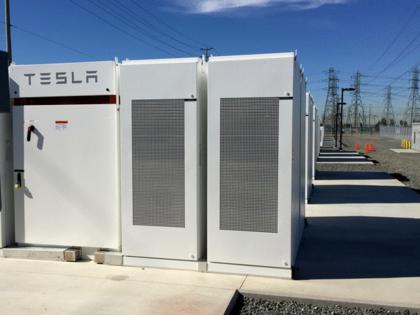 When a Tesla Inc. battery caught fire at an energy storage facility that helps power California last week, critics were quick to pounce. Michael Burry of “The Big Short” fame, who called the mid-2000s housing collapse correctly, hit out at the EV maker.

Blaming Elon Musk’s firm for a bad battery misses the point, however. Instead, we need to ask whether lithium-ion powerpacks — typically used in consumer electronics and electric vehicles — should be used for such energy storage at all. Just because these work well on a small scale doesn’t mean they’re appropriate for large set-ups.

These big, stationary batteries are used to store energy from renewable and other sources, for use when demand is peaking and importantly, for grid stability. With a power crisis looming, these packs are being used more frequently. In California, for instance, they now contribute 60 times more to peak capacity than five years ago, which is more than nuclear and wind. In the US, installations tripled last year, while they are on the rise globally, too.

This isn’t the first incident, either. Across the world, grid-scale batteries are combusting because of issues like overheating and manufacturing defects. There have been several such fires in South Korea, along with one at an RV park in Rio Dell, in China and in rural Australia, among others. The common thread is that these are mostly lithium-ion chemistry, now the most prevalent type in energy storage systems.

The large-scale use comes with significant risks, although most modern power systems choose this formulation because it boasts higher energy density, as well as greater charging and discharging efficiency. However, lithium-ion batteries have a volatile, flammable electrolyte. So, while there are safeguards to avoid fires, all the combustible ingredients are still there. Flames can accelerate through chain reactions, known as thermal runaway.

Big batteries are made up of several cells packed together. Current is constantly flowing inside, which generates heat. If there are no barriers between the components, a failure in one part quickly cascades through. While elaborate (and critical) equipment for cooling the system is put in place, it draws on the energy of the actual powerpack and reduces its output. In addition, when charged, a coat of lithium metal can form on the surface and dendrites, or needle-like structures can grow, and lead to short-circuits.

There are other considerations, too. For instance, in its review of battery failures in 2019 and 2012, the Arizona State Commission pointed to reports of “fires with 10 feet to 15 feet flame lengths that grew into 50 feet to 75 feet flame lengths appearing to be fed by flammable liquids coming from the cabinets.” After one incident, it took nearly three months to discharge the stranded energy.

This isn’t just a call to remember safety or alarmism over fires. The danger in the widespread use of this technology is real. The world’s foremost battery producer, China, last year put in motion a plan to stop the use of certain types of lithium-ion-based storage systems after incidents, including one related to Contemporary Amperex Technology Co. Earlier this year, the country’s National Energy Administration released a paper on safety of electricity generation, calling for a ban on some formulations of mid-to-large powerpacks.

There are viable alternatives. However, policy makers and firms seem to have prematurely decided that lithium-ion is the one when it comes to this crucial technology. They should instead analyze the data and risks as more capacity comes online. Safety standards and testing methods are changing. No one wants to be the first mover on other types of grid-scale batteries that are capital-intensive and haven’t yet been widely used.

Sure, some of the options are very large or not as efficient, or require additional support systems that make them a bit more expensive. However, the margin on these comparative metrics is small enough that we can put safety front and center, especially as usage rises. This doesn’t mean a retreat to older types; the chemistries are also improving, meaning manufacturers are working to raise energy density for these formulations. Vanadium redox batteries, for instance, have a low levelized cost, are scalable, don’t degrade and there is no risk of combustion. These powerpacks use recycled metal from petroleum waste and can be charged and discharged without wearing out.

Then there are liquid metal batteries invented by MIT’s Donald Sadoway, made from molten materials(1). The Bill Gates-backed technology operates at high temperatures and doesn’t use combustible materials, so there is no fire risk. Several others — including those made using organic compounds — are also in the works. The cell-level cost of these is far lower than lithium ion.

These batteries are a crucial part of the energy transition. But the disruptive technology can be hard to digest, and investors are often too focused on headline factors like density, life cycle or the kilowatt-hour at the expense of serious safety concerns.

With lithium prices hitting records, there isn’t enough of the metal to power the future, anyway. Systems will need to diversify, so it’s time to look for technologies that we can all live with — without the looming risk of fire, exorbitant costs or blackouts.

Michigan-based auto supplier BorgWarner Inc. said Tuesday it will spin off its fuel systems and aftermarket businesses into a new publicly traded company.

The tax-free separation is expected to happen in late 2023 ...Read More