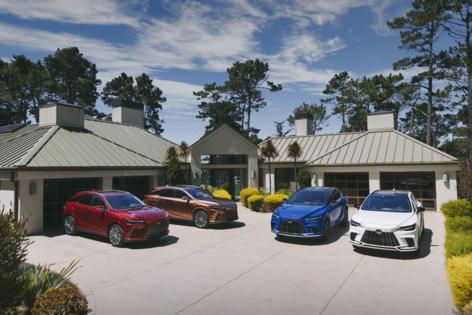 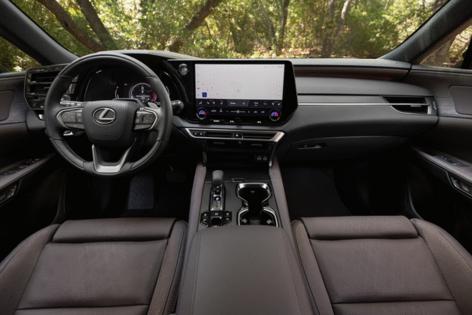 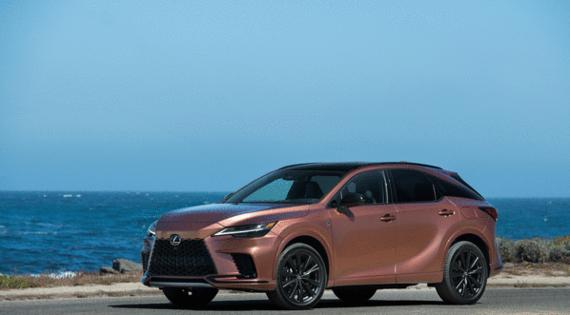 Everyone everywhere is constantly telling you what to do. It’s a constant when growing up, and it continues once you’re older, as advertising tells you what to drink, smoke or wear. Your clergyman tells you when you’re sinful. Even your pet tells you to feed it, usually by barking or meowing.

And now, cars have joined this cantankerous chorus. Any number of them have readouts that advise you to take a break from driving, usually accompanied by a graphic of a cup of steaming coffee. But now, Lexus has gone a step further, admonishing you to sit up straight on the all-new 2023 Lexus RX, like a nagging mother. It’s hardly endearing.

All-new for 2023, RX aficionados will find this newest model delightfully better but not threateningly new — nagging aside. Utilizing the Toyota corporate GA-K platform that will underpin a number of Lexus and Toyota vehicles, including the NX crossover and ES sedan. Its lower roof and longer wheelbase lend it a sportier vibe, although overall, its updated appearance doesn’t stray far from the familiar. Overall size remains the same, although the three-row RX-L has been dropped — for now at least. So two rows are all you get.

You’ll also get two fewer cylinders as the 3.5-liter V-6 is relegated to history. This may seem odd for a luxury vehicle, but not in an age where the internal combustion engine is being consigned to scrap heap by government dictate. For now, the sole conventional driveline is the base RX 350’s 2.5-liter turbocharged four-cylinder engine and eight-speed automatic transmission. Output is rated at 275 horsepower and 317 pound-feet of torque. Front-wheel drive is standard; all-wheel drive is available. Reaching 60 mph takes 7.6 seconds with front-wheel drive, 7.2 seconds with all-wheel drive.

Other drivelines are hybrids, but while they’re a mixed bag. The RX 350h combines Lexus’ dual-motor hybrid system with a 2.5-liter Atkinson-Cycle four-cylinder engine, continuously variable transmission and all-wheel drive. It generates 246 horsepower and 233 pound-feet of torque. Reaching 60 mph isn’t any better than the gas engine, requiring 7.4 seconds. But whereas the RX 350 returns 25 mpg in combined city/highway driving with front-wheel drive and 24 mpg with all-wheel drive, the RX 350h delivers 36 mpg. The same hybrid setup with addition of a turbocharged 2.5-liter four generates 366 horsepower and 406 pound-feet of torque, and reaches 60 mph in 5.9 seconds, but fuel economy suffers, at 27 mpg. All RX models require premium gasoline.

But while the drivelines have and design have changed, the RX’s demeanor has not.

This is still very much the soft luxury-oriented tourer it’s always been, with body leans in corners, and a commendably quiet ride in the RX 350. Power is adequate, but far from the abundant well of power you might expect. The same is true of the 350h hybrid, but at least it returns commendable fuel economy in exchange for its sluggish ways.

Needless to say, the RX 500h proved to be the fastest, thanks to its extra power and six-speed automatic transmission. Also, it was the most adept handler of the bunch, yet still exhibited body roll while cornering despite the presence of adaptive dampers, front MacPherson strut suspension and a rear multi-link set-up. Power did come on smoothly, but all Toyota hybrids are set up so that the electric motor drones unpleasantly. Given the rest of the car is so quiet, can’t engineers quell this unwelcome intrusion?

But of all the changes wrought on the new RX, it’s the interior that makes for a significantly better experience. Gone are the touchpad and joystick, replaced by a large 14-inch touchscreen. Its interface was designed in America, and is easy to operate quickly. It’s a huge improvement over the old system. It incorporates wireless Apple CarPlay and Android Auto, and is augmented by numerous USB ports, a thoughtfully placed Qi wireless charging pad, head-up display and an impressive sounding 21-speaker Mark Levinson audio system.