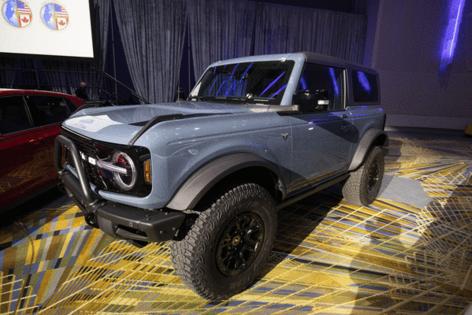 For the month of June, Ford saw sales increases across its truck, SUV and EV segments as it reported outperforming the industry for the month. The automaker reported that a share gain that brought it to 12.9% of the U.S. market were driven by sales of its F-Series truck lineup, its Explorer and Expedition SUVs and expanded sales of its battery-electric vehicles.

Despite high inflation and rising interest rates, Ford said it's seeing demand for new vehicles remain strong. The automaker saw roughly 50% of retail sales come from previously placed orders, setting a new record for the company. Ford, along with other automakers, has increasingly emphasized its order bank amid a lingering semiconductor shortage and other supply-chain disruptions that have curtailed production.

In June, sales of F-Series — Ford's profit engine — were up 26.3% year-over-year and represented 37.9% of the company's overall sales mix. Nearly 60% of F-Series retail sales came through Ford's order bank. Overall, Ford's pickup truck sales were up 26.3% from a year ago.

Meanwhile, Ford's June EV sales of 4,353 units marked a 76.6% increase from a year ago. June marked the second month of sales for the all-electric F-150 Lightning, which notched 1,837 sales. Ford has sold 2,296 units of the battery-electric truck since it launched. The Blue Oval was second in the country in EV sales in June, behind market leader Tesla Inc.

Ford brand SUV sales of 60,894 were up 35.3% year-over-year in June. That growth was fueled in part by sales of the Bronco lineup, which saw sales grow 82.7% year-over-year. Ford also reported seeing improvements in Explorer and Expedition sales, which it attributed to improved inventory.

Not all of Ford's SUV saw gains in June, however. Sales of the EcoSport, Bronco Sport, Mustang Mach-E, and Expedition were down for the month. Lincoln brand sales were up 40.6% from last year in June. Year-to-date, Ford's sales are down 8.1% year-over-year.

The automaker's average transaction price rose $1,900 per vehicle from May to June.