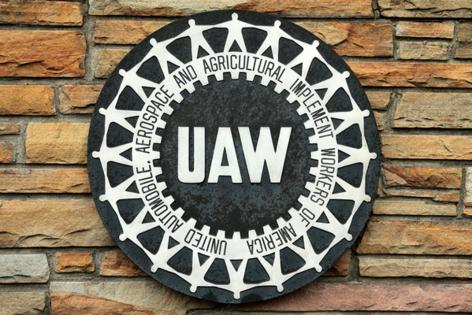 The United Auto Workers union has reached a tentative agreement with GM Subsystems LLC, avoiding a strike at GM Michigan plants by the subsidiary employees, according to a letter sent out by UAW leadership Thursday morning.

UAW Vice President Terry Dittes wrote: "We will not be conducting a work stoppage at the four locations who we bargained an agreement for."

Those locations include: Lansing Grand River, where the Chevrolet Camaro and Cadillac CT4 and CT5 cars are made; Flint Assembly, home to GM's profit-rich heavy-duty trucks; and Orion Assembly, which recently restarted production of the Chevy Bolt EV and EUV after a months-long halt amid a battery recall.

Factory Zero Detroit-Hamtramck Assembly Center, where the new GMC Hummer EV is made, is also covered by the agreement, but that plant is down for a production expansion project.

Dittes wrote in his letter: "Details with be forthcoming and will not be released until ratification at all four locations is conducted."

"This negotiation was drawn out and hard fought," Dittes said in the statement. "We look forward to presenting the tentative agreement to members for their ratification."

Specific issues at the table weren't released. Wages were a likely sticking point since Subsystems employees make substantially less than their GM counterparts covered by the UAW national contract.

Subsystems wage rates top out at $17 an hour, The Detroit News previously reported. By next fall, employees covered by the GM-UAW national agreement will make just over $32 an hour.

The wage disparity is a point of frustration for Subsystems employee Brittany Smith, 30, who stopped by UAW Local 5960's hall in Lake Orion on Thursday trying to get information about the tentative agreement. Smith, who works at GM's Orion Assembly plant, said she found out just minutes before the 10 a.m. strike deadline that the walkout had been called off.

"I was very much prepared to go on strike," she said.

She expressed frustration that she makes $15 per hour while GM employees working alongside her could make roughly double that.

The Subsystems negotiations occurred as the UAW is trying to unionize one of GM's battery plants the automaker is opening soon with partner LG Energy Solution. The northeast Ohio plant is owned by a GM/LG joint venture called Ultium Cells and, similar to Subsystems, is not covered by the GM-UAW national contract.

Separately, next year the UAW will negotiate new national contracts with the Detroit Three automakers: GM, Ford Motor Co. and Stellantis NV. This set of negotiations will be critical for the UAW as the automakers enter the next phase of the EV transition, which could mean more internal combustion jobs getting eliminated.