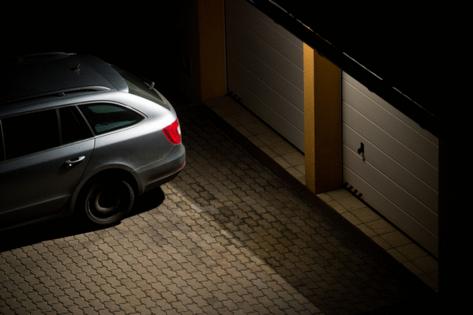 The sharp spike in vehicle heists has landed Colorado at the top of the list of all states for per capita auto thefts, with just over 500 stolen vehicles per 100,000 residents, according to data compiled by the National Insurance Crime Bureau. Only Washington, D.C. did worse.

That grim reality last month prompted Glendale, an enclave city surrounded by Denver, to do something it had never done before: become a member of the Metropolitan Auto Theft Task Force.

“We have noticed a steep increase consistent with the metro area,” Glendale Police Chief W.J. Haskins said. “The car could be stolen in Littleton, used in a robbery of a dispensary in Thornton and dumped in Glendale. By working with (the task force), we will be able to put together more complex cases and find someone who steals cars across the metro.”

The six-county task force, which Glendale will officially join in July, ranks the city as the top target for car thieves on a per capita basis in Colorado, though that unenviable designation is somewhat misleading given Glendale’s large daytime influx of office workers and shoppers versus its residential population of approximately 5,200.

Still, the numbers are disconcerting. So far this year in Glendale, every month has yielded more vehicle thefts than the corresponding month in the previous year, with a total of 79 stolen vehicles recorded through the end of April.

But joining the task force, which consists of Glendale assigning one of its officers to the organization on a full-time basis, won’t be enough to end the car stealing scourge, warns City Manager Chuck Line.

“It’s not a lack of police coverage — it’s a lack of prosecution,” he said. “It can’t be a ‘get-out-of-jail-card’ for everybody. If we lower the chance these people have to face justice, then they’re acting rationally when they steal a car.”

Rep. Leslie Herod, a long-time voice in favor of criminal justice reform efforts at the state Capitol, couldn’t disagree more. The idea that locking people up will solve the problem of motor vehicle theft is facile thinking, she said.