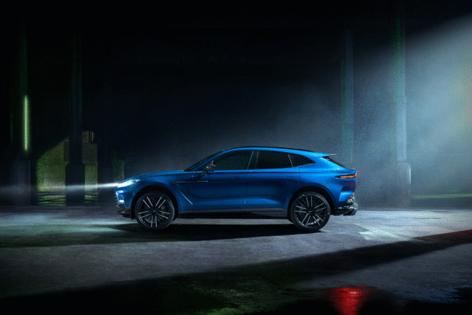 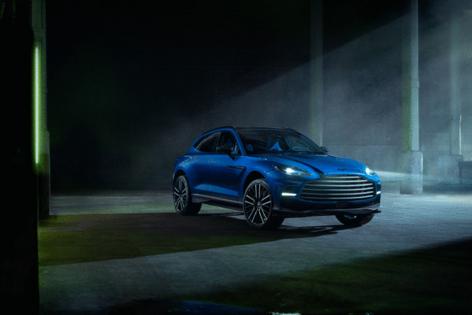 Luxury and sport car manufacturers have been adding sport utility vehicles to their portfolios for more than a decade, the Porsche Cayenne being the first. So, the thought of a high-performance SUV no longer seems unusual, like the Aston Martin DBX.

The DBX, which debuted for the 2021 model year, is the brand’s first SUV, and already a remarkable performer. Aston Martin was able to retain the brand’s sports car DNA to a remarkable degree, despite its 6.9 inches of ground clearance as well as its four doors. Of course, its cabin is extravagantly trimmed, and its upgraded driveline and chassis prove to be a paragon of power.

Yet the company has gone and turned up the performance wick of its already-athletic SUV with the introduction of the DBX707. The new model’s number refers to its metric horsepower, which converted to imperial measure turns out to be 697 horsepower. But somehow, DBX697 doesn’t have the same ring. That said, you could be excused for thinking that DBX707 is a typo, given the brand’s long association with the fictional secret agent 007.

According to Aston Martin CEO Tobias Moers, with the DBX707, the automaker sought "to create a car which sets new standards of performance and desirability."

After an initial drive, that’s not hyperbole. This is the among fastest SUVs in the world, a rapid ride of the first order. The numbers: 0-60 mph in 3.1 seconds, 0-100 mph in 7.4 seconds, with a top speed of 193 mph. That these numbers are achieved by an SUV that weighs nearly 5,000 pounds is remarkable.

The DBX707 broadcasts its performance mojo with its larger front grille, new air intakes and brake cooling ducts, and a new front splitter profile. Darkened chrome trims the side windows, while a new a new lip spoiler has been added to the roof wing to reduce lift and increase high speed stability.

But it’s the engineering upgrades that make the biggest impact.

Given the massive amount of power the engine produces, it’s no surprise that the DBX707 wears carbon ceramic brakes the size of trash can lids – 16.5 inches in diameter in front, 15.4 in back. All that power is fed to standard 22-inch wheels, although 23-inchers are available. They’re shod with custom Pirelli P Zero tires made specifically for Aston Martin.

Enhancing its ride and handling is an air suspension that adeptly balances the demands of ride comfort and precise handling. Engineers also employed new damper valving and recalibrated the springs in the suspension and improved the feel of the electronic power steering system.

Acura's Type S models are not about hard-edged aggression. If you're trying to find a Japanese competitor for BMW M or Mercedes-AMG, sorry, you've got the wrong number. Instead, the Type S treatment focuses on confident ...Read More