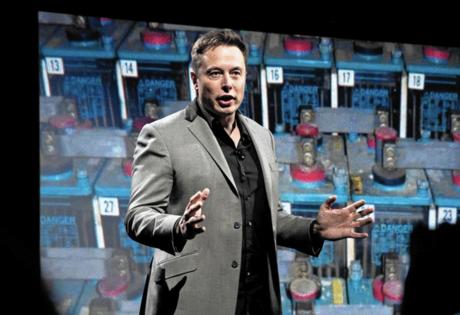 That proposal includes a significant expansion in consumer tax credits for electric vehicles, research and development incentives for EVs, other manufacturing tax credits and more.

His position starkly contrasts with that of other leading American automakers. The Detroit Three have thrown their support behind the bill's auto provisions, and the Alliance for Automotive Innovation, which represents most major car producers selling vehicles in the U.S. — except for Tesla, has consistently said more government help will be necessary to help the industry transition to electric vehicles.

"Honestly I would just can this whole bill. Don't pass it," he said at the Wall Street Journal's CEO Council Summit Monday. "If we don't cut government spending, something really bad is going to happen. This is crazy. Our spending is so far in excess of revenue it's insane."

He added that $7.5 billion to roll out a nationwide electric vehicle charging network, which was signed into law last month as a part of the infrastructure package, is "unnecessary."

"Do we need support for gas stations? We don't," he said. "There's no need for support for a charging network."

Biden says he's "a car guy" and has brought in Ford Motor Co., General Motor Co. and Stellantis NV for meetings and appearances at the White House as he pushes the industry to quickly transition to zero-emission vehicles.

But he's kept Tesla at an arm's length, which many observers — including Musk — have attributed in part to the fact that the EV leader doesn't have a unionized workforce.

The Build Back Better bill includes a $12,500 point-of-sale consumer rebate for certain electric vehicle purchases, authored by Rep. Dan Kildee, D-Mich., and Sen. Debbie Stabenow, D-Mich. It would expand the cap on the number of vehicles that can qualify for the credit, which would benefit both Tesla and GM, which have already reached their limit.

However, more than a third of the $12,500 credit only applies to vehicles assembled in U.S. factories under a collective bargaining agreement.

The provision has garnered fierce pushback from Musk and foreign automakers building vehicles in the U.S., which argue the tax credits unfairly discriminate against workforces that choose not to unionize. The Detroit Three are the only automakers to have collective bargaining agreements with the United Auto Workers.

Recently, conservative Democratic Sen. Joe Manchin of West Virginia has come out against the credit, as have trading partners in Canada and the European Union.

Manchin's opposition is likely to become a significant roadblock for the legislation in the Senate. Stabenow said last week that she's been discussing the credit proposal with Manchin, but declined to relay what he has been saying.

The Biden administration has consistently said it stands by the proposal, and Kildee and Stabenow have argued it's crucial for ensuring future automotive jobs provide good wages and benefits.