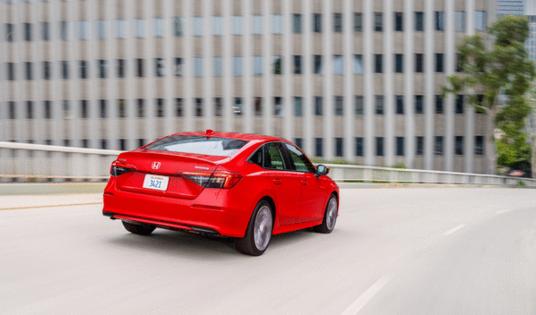 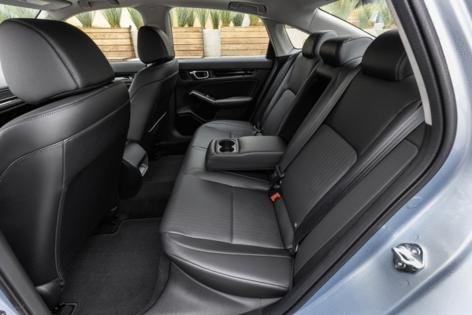 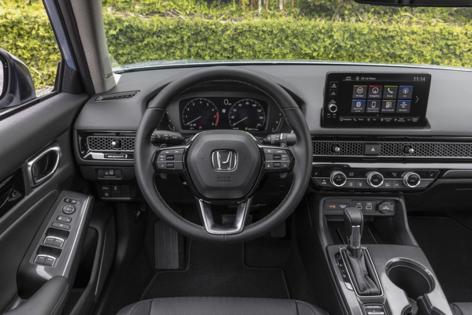 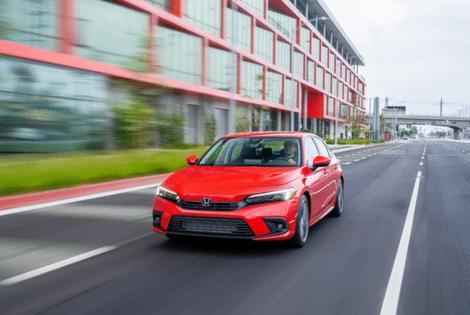 How many compact sedans did the former Big Three build last year? None. Zero. Zip. It’s as if they imperiously decreed that Americans no longer needed them. But what if you prefer a compact car?

Last year, Americans bought approximately one million compact cars, of which 261,225 were Honda Civics, the most popular car in the segment. American automakers, content on building more profitable SUVs and pickup trucks, are ignoring a critical segment.

It’s remarkable that neither General Motors nor Ford, both in business for more than a century, can build a car to compete in this segment. Then again, few companies have lavished the resources Honda has on its Civic, slowly building it into a mainstay of its lineup, despite the growing popularity of SUVs, aka station wagons on stilts. It’s certainly true for the redesigned 2022 Honda Civic sedan, the 11th generation of a car that proves the merits of a well-designed sedan. Yes, there will be performance variants, and a coupe. Detroit may have forgotten what some car buyers like, but Honda hasn’t. The company doesn’t treat car buyers like second class citizens, something Detroit is becoming adept at in its rush to kowtow to truck buyers at all costs.

The funny thing is that a new Honda Civic is now treated as a very newsworthy event. Yet the car itself is never daringly different from what came before, a creature of careful evolution, not revolution. Designers maximized space for homo sapiens while minimizing machinery. They tried to endow the new Civic with a low hood and front fenders that characterized the car's glorious past, despite regulations that make that difficult. They succeeded somewhat, helped by a low horizontal beltline on the body. But the overall stance of the vehicle has a newfound seriousness that pushes its look somewhat upmarket. Credit the windshield, which is more upright than last year, which allows for a longer hood, giving it a more mature appearance. It’s far less polarizing than its outlandishly juvenile-looking predecessor.

That hint of upscale allure continues inside, with a horizontally oriented dashboard accented by a unique honeycomb texture that smartly hides the air-conditioning. It’s a masterful work of design, a sporty yet sophisticated design flourish of the sort not typically used in Civics. It sets the tone for the rest of the cabin, which feels even more grown up than before, yet every bit as easy to use.

A seven-inch color touchscreen with Apple CarPlay & Android Auto is standard. A nine-inch color HD touchscreen with wireless Apple CarPlay & Android Auto are optional. Top-of-the-line Touring models get a customizable 10.2 LCD digital color instrument cluster, a first for the Civic. Wireless smartphone charging, a navigation system and, in another first for the Civic, a Bose 12-speaker audio system, are optional. The infotainment screen is easier to use than past iterations, but still fails to equal that of the best systems in design. Its cluttered design makes it hard to use at a glance.

Overall cabin space feels largely the same as before, despite a 1.4-inch longer wheelbase, and 1.3 inches of added overall length. Space is generous up front, and above average in the rear.

When comes time to drive, you’ll find Civic LX and Sport models come with a 2.0-liter four-cylinder generating 158 horsepower and 138 pound-feet of torque with standard stop/start capability and a continuously variable automatic transmission, also known as a CVT. Tonier Civic EX and Touring are powered by a 1.5-liter turbocharged four making 180 horsepower and 177 pound-feet of torque, an increase of 6 horsepower and 15 pound-feet of torque from last year. A CVT transmission is standard. A manual transmission is not available on the Civic sedan but should be once Si and Type R models are introduced. In the meantime, Sport and Touring models get a driver-selectable Sport driving mode that other Civic sedans lack, changing the drive ratios and mapping for a sportier feel.

Given that the platform carries over, its feel is largely the same as before, with a comfortable ride that doesn’t come at the expense of handling. It has the planted feel you expect, with nimbleness and sufficient power to make everyday driving enjoyable. That said, the CVT transmission, while better than most, still robs this car of some of the fun character it once possessed. And road noise can be punishingly loud on some road surfaces, a longtime Civic problem.

Still, the Civic feels a lot more grown up than the car it replaced. Its styling is far more pleasing, a trait that only enhances the good qualities that have found favor with so many compact car enthusiasts.