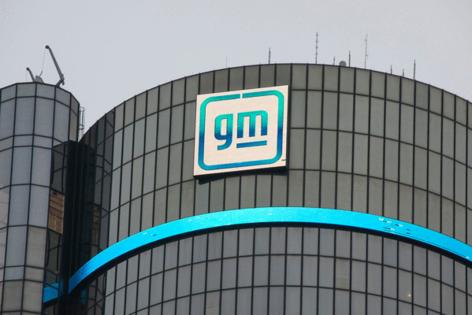 In April, Ford introduced its BlueCruise hands-free highway driving system. Ford said at that time that BlueCruise will hit the road in a few months as over-the-air downloads install the system in thousands of already-sold 2021 F-150 pickups and Mustang Mach-E electric SUVs.

Ford said a $600 subscription fee will get owners of vehicles already equipped with BlueCruise's hardware an update that allows hands-free driving on 100,000 miles of divided highways in the U.S. and Canada. Ford expects more than 100,000 vehicles with BlueCruise should be on the road by the end of the year.

The problem is that GM believes the name sounds an awful lot like its hands-free driving technology called Super Cruise, which debuted in 2017.

Over the past few weeks the automakers have been having "good-faith conversations" over Ford's use of the BlueCruise moniker, said a source familiar with the talks who declined to be named because he was not authorized to share that information with the news media. As part of those mediated conversations, there was an expiration date upon which either company could file a lawsuit and that date was 12:01 a.m. on July 24.

GM filed the trademark infringement lawsuit against Ford in U.S. District Court in northern California. The person said it was a last resort; GM was hoping to reach an agreement with Ford.

The Free Press obtained a copy of the lawsuit shortly after GM said it was filed, and in a statement following the filing, GM said: "GM's Super Cruise hands-free driver assistance technology was announced in 2012 and has been used commercially in-market since 2017. Our majority-owned self-driving subsidiary Cruise has been in business since 2013. While GM had hoped to resolve the trademark infringement matter with Ford amicably, we were left with no choice but to vigorously defend our brands and protect the equity our products and technology have earned over several years in the market. As this is a matter of pending litigation, we have no further comments at this time."

In the lawsuit, GM said, "Ford knew exactly what it was doing. If Ford wanted to adopt a new, unique, brand, it easily could have done so without using the word "Cruise," as shown by Ford's branding for the same automated driving technology in their luxury car models: Ford branded this same enhancement to its automated driving system in luxury models, such as the Lincoln, as the "ActiveGlide" feature."

GM is seeking monetary damages and that Ford be ordered to stop using the name.

In reaction to the lawsuit, Ford spokesman Mike Levine said in an emailed statement, "We think GM Cruise's claim is meritless and frivolous. Drivers for decades have understood what cruise control is, every automaker offers it, and "cruise" is common shorthand for the capability. That's why BlueCruise was chosen as the name for the Blue Oval's next evolution of Ford's Intelligent Adaptive Cruise Control, which incorporates hands-free Blue Zones and other advanced cruise-control features."

This is not the first time GM has sued a Detroit competitor. In November 2019, GM sued Stellantis, then called Fiat Chrysler Automobiles, under federal racketeering laws. GM alleged that then-FCA cost GM billions of dollars by corrupting labor talks over the past decade. In reaction, FCA called the effort "a meritless attempt to divert attention" from GM's own challenges.

GM also alleged that former FCA boss Sergio Marchionne authorized bribes and conspired with the UAW to "effectively take over GM through a merger."

That case remains with the 6th U.S. Circuit Court of Appeals after being dismissed by a federal court judge in Detroit in July 2020.

On Friday, GM announced Super Cruise will add the ability to tow trailers and 100% automated passing when you come up on a slower vehicle on 2022 model year GMC Sierra light- and heavy-duty pickups.

Super Cruise, which combines sensors and an extremely precise map of limited access roads in the U.S. and Canada, has only been available in high-end Cadillacs till now. Only the Cadillac Escalade offers it for the 2021 model.

In addition to the Sierra, 2022 models of the Chevrolet Silverado full-size pickup, Cadillac CT4 and CT5 sport sedans, and GMC Hummer EV pickup will offer Super Cruise. It'll be on a total of 22 vehicles by the end of 2023, including the upcoming Hummer SUV and Cadillac Lyriq electric vehicles.

The drop was a result of the ongoing challenges Ford and other automakers face with the semiconductor ...Read More

SAN ANTONIO, Texas — After 22 years and two generations (not counting the T100, a full-sized truck Toyota produced for eight years before the Tundra), Toyota has finally produced a pickup that can challenge its rivals: ...Read More

San Francisco — Hustling over California’s twisted two-lane Pacific Coast Highway in a Mustang GT, I suddenly came upon a three-car moving road block. I flattened the right pedal. ZOT! The GT gulped the trio like a ...Read More