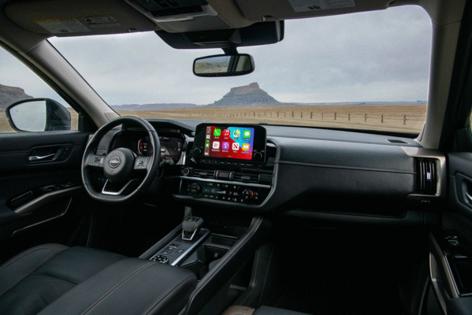 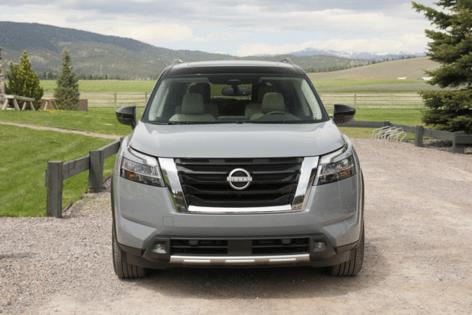 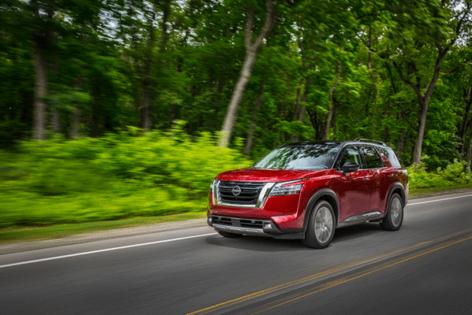 Remember the Nissan Pathfinder? You know, the 2012 model, the one that was a true SUV. Its 310-horsepower V-8 could tow your house down the block if necessary. But that changed for 2013, when it was recast from a rugged rock crawler to a suburban road warrior, exchanging its muddy boots and Carhartt jacket for a pair of loafers and a cardigan sweater. Its styling, once chiseled and rugged, softened like a suburban waistline as it lost its identity. The only path this Pathfinder found was the route to nursery school.

It took nearly a decade, and the ruination of its off-road cred, for sanity to return to Nissan’s product planning. The results are apparent on the 2022 Nissan Pathfinder, one that repudiates the previous model developed under the auspices of former Nissan CEO, and current international fugitive, Carlos Ghosn, who did much to ruin Nissan’s reputation among auto enthusiasts and Nissan’s dealer body alike. That takes talent.

Hard-core truck enthusiasts might consider this new Pathfinder a sheep in wolf’s clothing, as it still employs a unibody front-wheel-drive crossover platform with its 3.5-liter V-6, rather than using body-on-frame platform with a burly V-8. But the new truck has pitched the abysmal continuously variable transmission for a traditional nine-speed automatic transmission, a welcome change. The all-wheel-drive system carries over from the previous generation, although it now sports updated software to support a terrain response system, so you can adjust the vehicle’s capabilities for the road surface. On front-wheel-drive models, it includes standard, sport, eco, snow and tow modes, with towing rated at 3,500 pounds. Choose all-wheel drive, and you’ll also get sand and mud/rut modes, and up to 6,000 pound of towing capacity when equipped with the SL Premium Package for $2,900, or the SV Premium Package for $2,170. A two-wheel or four-wheel active brake limited slip differential, trailer sway control and hill start assist is standard on all models; hill descent control is standard on all-wheel drive models.

The 2022 Pathfinder produces 284 horsepower and 259 pound-feet of torque through a nine-speed transmission. Power seems adequate for most situations, but more power would be welcome. The transmission could be quicker to downshift when asking for more power, so overtaking other vehicles can take a little longer than expected. Switching to sport mode quickened the steering and throttle response, but the shift mapping doesn’t change, so shifting for yourself using the steering-wheel-mounted paddle shifters is the best option when you need additional power, although shifting speed isn’t noticeably quicker. Steering is light on center, but nicely weighted. Body lean comes on gradually in corners, and bumps are noticeable but do not filter through to the driver’s seat.

The retuned suspension is compliant enough for off-road work, but its orientation for pavement over the forest primeval can be felt once the concrete ends. Its wide turning radius, typical of front-wheel-drive, V-6-powered Nissans, can be cumbersome off-road. Once past pavement, you’ll find this is able to handle light off-roading, enough to get to your campsite or favorite spot, as long as it doesn’t require serious boulder bashing. Throughout it all, the cabin remains quiet, and road noise is well-suppressed.

Visibility is good, except directly rear, where a sea of headrests blocks your view unless you lower them. Seats are comfortable, and second row legroom and headroom are impressive. Third row leg room is tighter unless you slide the second row forward, but hip room is impressive, with enough space for three ordinary-sized adults. Access is easier than most, thanks to it’s a button that folds the second-row seat forward at the touch of a button. Thoughtfully, the second row Captain’s chairs are separated by console that’s easily removeable with one hand.

The inside story is as good as the rest f it, with a nicely trimmed cabin and a pleather-padded instrument panel with stitching. The overall theme is similar to the one used in the new Nissan Sentra, with controls that are clear and easy to understand. Kudos to Nissan for finally using a solitary infotainment screen, with a row of physical buttons beneath it to access options quickly, such as maps, audio, etc.

There’s a lot of storage, including wireless charging pad with USB A&C ports, and the center console not only has a storage bin but also space underneath the center console’s electronic transmission shifter for a purse or messenger bag.

If there’s one thing about the new 2022 Pathfinder that is truly a return to form, it’s the exterior design, which not only recalls earlier Pathfinders, but incorporates design cues from current Nissan trucks. Square-shouldered, handsome and sporting a black roof, its appearance is sure to draw far more buyers than the previous iteration, especially from those who remember earlier Pathfinder generations.