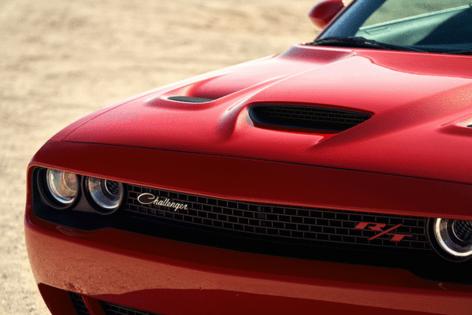 Dodge in recent years has honed its image as a performance brand. It has streamlined its lineup. It's offered its supercharged Hellcat engine in coupes, sedans and SUVs, and it's taken pride in its "brotherhood of muscle" fanbase. Despite its vehicles' aging platforms, sales have remained robust.

But now Dodge may face one of its largest challenges ever to transform the meaning of muscle for an age of electrification.

"Is it a big, rumbling V-8, or just a certain level of capability?" said Sam Abuelsamid, an analyst for market research firm Guidehouse Insights. "If there's one thing we've learned from Tesla, it's that electrification and performance are not at all remotely exclusive. If it can go 0 to 60 in 2.5 seconds, anybody can reasonably say that car has muscle."

Still, it's a tough sell for longtime enthusiasts like Scott Spirakes, 67, of Wayne, Ill. They recall the Charger as an icon in pop culture (think General Lee in the 1980s TV series "The Dukes of Hazzard"). For Spirakes, the love affair began in high school with an image in a magazine of the 1968 Charger. Now a founding member of the Chicagoland Mopar Connection club, he owns six Chargers ranging from 1968 to '74 and a '70 Coronet.

If Dodge went fully electric, "they would lose me as a customer, that's for sure," Spirakes said. "I'm old-school. I don't want to be a slave to a charging station somewhere."

It likely won't be anytime soon that Dodge makes a full conversion, but electrified options are coming, according to parent company Stellantis NV. The transatlantic automaker last month said 96% of its U.S. models will have a plug-in hybrid or fully electric option by 2025. All nameplates will have a battery-electric version by 2030.

For 2021, Dodge cut the Journey crossover and Grand Caravan minivan from its lineup. It now sells a two-door Challenger coupe, four-door Charger sedan and Durango SUV. They all offer $70,000-plus Hellcat turbocharged V-8 variants that have become the halos for the brand since the engine's introduction in 2014. They offer more than 700 horsepower and top speeds from 180 mph to more than 200 mph.

For comparison, Tesla Inc.'s Model S Plaid sedan has up to 1,010 horsepower and a top speed of 200 mph, according to the Silicon Valley EV maker. Its retail price is listed as $119,990.

An electrified future is exciting for some Dodge enthusiasts, especially those who have experience with EVs and are younger. Ryan Radcliffe, 23, of Harrison Township, Mich., grew up as a "Mopar guy" thanks to his grandfather's drag racing in the '60s and his dad always fixing up a project car.

The 2022 Hyundai Tucson might have been designed after the jagged edges of the Santa Catalina Mountains that surround the compact SUV's Arizona namesake. Or the chiseled stones that flood the street markets of Tucson's ...Read More