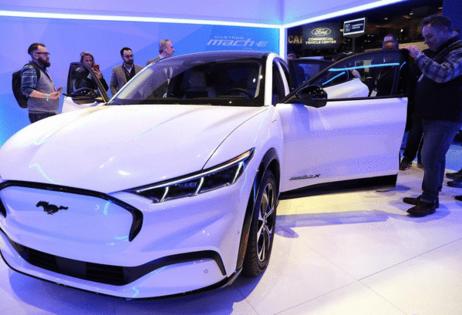 Postponed this winter by the COVID-19 pandemic, the Chicago Auto Show will return in July to its longtime McCormick Place home.

The 113th annual show, which normally runs in February, is scheduled to take place July 15-19, with exhibits both inside and outside McCormick Place. It will use an electronic ticketing process and timed entry to regulate attendance and control crowd capacity throughout the day, organizers said. For the first time, it will include outdoor events, with test tracks and technology demonstrations along Indiana Avenue and surrounding city streets.

“We knew we had to design the show to fit the situation we found ourselves,” said David Sloan, general manager of the Chicago Auto Show.

The announcement marks the first major exposition to return to Chicago since the pandemic hit. The February 2020 auto show was one of the last major events before the convention industry was shut down by stay-at-home orders.

Launched in 1901, the Chicago Auto Show is one of the largest in the U.S., and a revenue driver for the city. Expectations for this year’s show are modest, with attendance likely to be substantially lower than usual, officials said.

The downsized version will be cut to five days, from 10 days, and shifted to the West Hall, with half the normal indoor exhibition space at about 470,000 square feet. The show will also use about 100,000 square feet of outdoor space. Ford has committed to using some of the outdoor space to exhibit its new Bronco, Bronco Sport and all-electric Mustang Mach E-SUV, Sloan said.

The Camp Jeep and Ram Truck test tracks will be indoors, as in past years.

The show is planning a nightly street fest along Indiana Avenue with food vendors and entertainment.