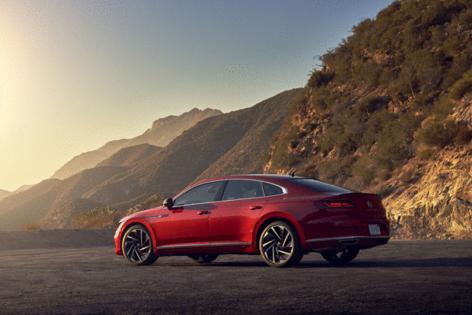 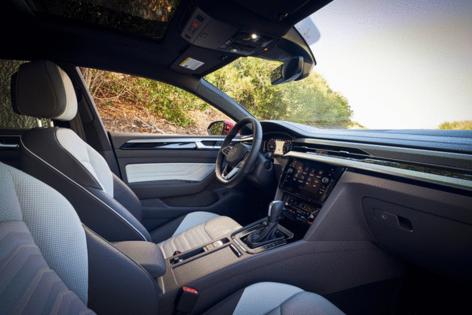 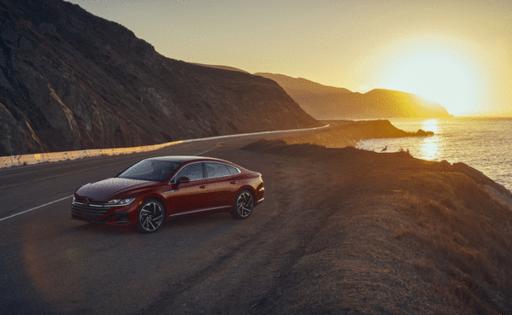 In a year when some automakers see little reason to even offer sedans, or offer a handful of aging perfunctory models at best, Volkswagen has given its premium sedan, the Arteon, a design freshening one year after its introduction. Given the fact Volkswagen doesn’t sell many — a mere 3,602 last year on these shores — you have to wonder why they bothered. Even the Passat outsells it by a factor of seven-to-one, despite being far less fetching.

The answer lies in Europe, where this sexy four-door premium hatchback has been on sale since 2017. So America benefits from Europe’s marketing needs adding some much-needed class to the top of VW’s mass market lineup.

When it comes to driver assistance systems, all Arteons come well-equipped. But it’s the R-Line that nets you VW’s new Travel Assist feature, which provides partially automated driving up to 95 mph. It also gets you Emergency Assist, which brings the vehicle to a stop if the driver is incapacitated.

But that could describe any number of Volkswagen products. What separates the Arteon from its plebian siblings is its appearance. Just gaze at it and it’s hard not to be drawn in by its sporty appearance, with Audi-like allure and crisp, handsome lines. It’s far more enticing than the Passat, which was styled with the same level of passion as a breadbox, or a crossover for that matter, which is little more than an aerodynamic breadbox.

For 2021, the Arteon gets a modestly updated front end, while the backside sees revisions as well, with the model’s named spelled out in chrome letters.

The bigger changes await inside, where Volkswagen’s interior designers know that man does not live by bread along. The cabin is far better furnished than last year’s parsimonious version. Thankfully, the redesigned instrument panel, the center console, and the top sections of the door panels impart a far better ambience. New aluminum trim adorns the cabin of base SE models, while the others receive translucent lighting with a choice of 30 colors.

The automatic climate controls are now touch-sensitive buttons, and the standard Arteon-specific steering wheel features touch-sensitive buttons with haptic feedback. Base models get leatherette seating surfaces with heated 12-way power front seats. Other trims feature Nappa leather seating surfaces and driver’s seat memory settings. But if you simply must have ventilated front seats, heated rear outboard seats, and a massaging function for the driver, you’ll have to opt for the SEL Premium R-Line.

When it comes to tech, an 8-inch touchscreen is standard, and comes with navigation, HD radio, SiriusXM radio, Apple CarPlay, Android Auto, VW's App Connect smartphone integration and Bluetooth for two phones. In addition, there’s a 10-inch screen in front of the drive that can be adjusted to fill the screen with the navigation map, similar to an Audi. There are two USB-C ports, one in the center console, the other on the instrument panel. SEL Premium R-Line models add a third charge-only port in the rear console, as well as wireless charging on the center console.