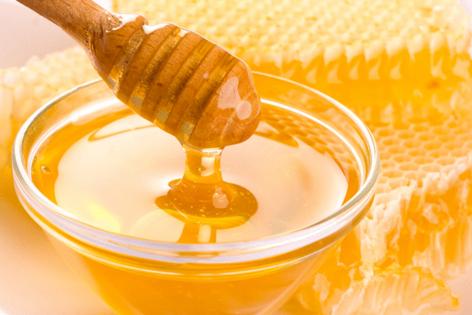 We accidentally stumbled upon it last year as we drove through the rolling Sandhills of Nebraska.

“What’s with all these garage sales?” I asked my husband as town after tiny town along our route displayed bright signs announcing a plethora of old treasures.

I later learned about Nebraska’s Junk Jaunt — a yearly event along a 300-mile loop through scenic farm and ranch country. I had to go this year.

My plan was to hit as many yard/barn/church and community vendors as possible in two days. First stop: a church fundraiser in Halsey (population 47), where I spent 25 cents on a cute little basket and another dollar on a homemade glazed doughnut. (Don’t judge.)

On to Anselmo, where many of the 145 residents presented their wares around Chandler’s Sandhill Honey farm. Score! I use honey in my homemade granola recipe and was thrilled to find it straight from hives in this small community.

Researchers at Penn State College of Medicine report that honey is an effective over-the-counter cough suppressant for kids over the age of 1. It’s even recommended for this purpose by the American Academy of Pediatrics and the World Health Organization. Do NOT give honey to infants younger than 1, however, due to the real risk for botulism.

Raw or refined? While some folks say raw local honey (which contains bee pollen) helps make them less sensitive to pollen allergies, it does have the potential to trigger an allergic reaction in susceptible people. Honey allergy is rare, however. So if this isn’t a concern, go for it.

Honey is still a sugar, so remember one tablespoon contains 17 grams of carbohydrates and 60 calories. (One tablespoon of sugar has 13 grams of carbs and 48 calories.) Honey is sweeter than table sugar, however. So the Chandler Honey folks say we can use just 3 tablespoons of honey in place of 1/4 to 1/3 cup of sugar in recipes.

I did buy more than food on my Junk Jaunt but I was thankful for the many communities that offered hot coffee, breakfast burritos and popcorn to sustain me from stop to stop. I was also thankful for the fresh apples and bottled water I brought from home when I needed a snack along the way.

One of the last towns I visited was Brewster, population 17, where I found 13 different vendors set up with items to sell. I love that.

I learned from the organizers of this yearly event that antique hunters and garage sale buffs are sometimes referred to as “junkers.” And while I definitely got home with Junk Jaunt fatigue, I will forever call this experience a treasure hunt.

I’m seeing more reports about how nutrition may help us fight against COVID-19. No one is saying we can totally avoid the disease or cure it if we eat right. But the case for improving our diets to get through this ...Read More

Reader RS sends this: "We read your column in our local paper and are wondering if you could give us suggestions for the best breakfast that has protein, fiber, tastes good(!), and is fairly quick/easy to prepare. Kashi ...Read More

GW from Carmel, California, writes: “You have been very helpful in the past, so I thought I would pose another question to you. From my research online and talking with various people, I have identified several non-...Read More

“What everyday blessings have you experienced that are often easy to forget?” That question from my morning reading made me think.