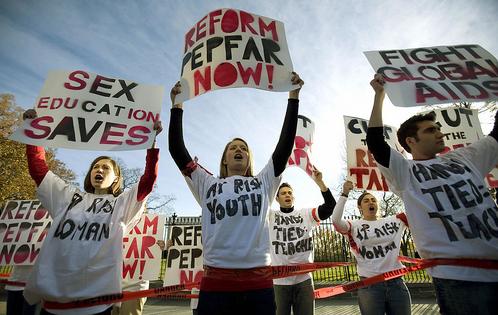 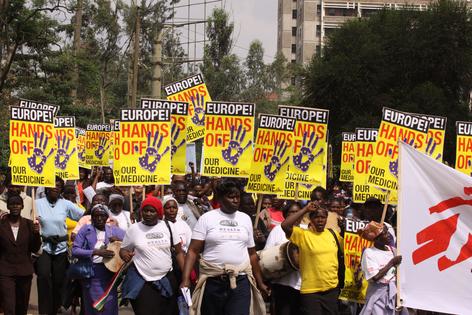 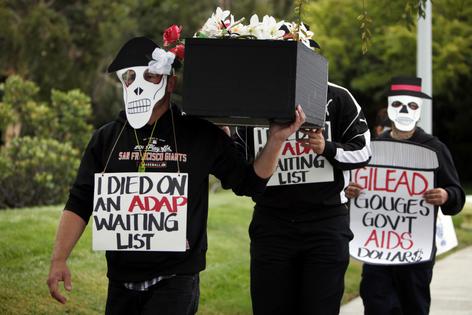 The President’s Emergency Program for AIDS Relief, or PEPFAR, has revolutionized the fight against global AIDS over the last 20 years. In that time, the U.S. program has brought antiretroviral treatment to nearly 19 million people living with HIV, the virus that causes AIDS; prevented mother-to-child transmission of HIV for 2.8 million babies; and brought HIV testing and prevention services to millions of others.

But this program would not be so successful – and might not even exist – without the work of grassroots AIDS activists around the world.

As a historian of social movements, I spent years interviewing AIDS activists, digging through their papers and scanning old websites, group email lists and message boards. These sources showed that, over the course of more than a decade, these activists challenged the status quo to demand – and deliver – HIV treatment to millions of poor people around the world.

In his 2003 State of the Union address, then-U.S. President George W. Bush announced the creation of PEPFAR when he called for an astounding US$15 billion in funding over five years for the fight against AIDS in Africa and the Caribbean.

His announcement did not come out of nowhere. By that point, AIDS activists had spent years fighting to bring treatments for HIV to low- and middle-income countries hardest hit by the epidemic. My book, “To Make the Wounded Whole,” describes how members of the AIDS Coalition to Unleash Power (ACT UP) Philadelphia linked their own struggles for affordable, quality health care for poor people with AIDS in the U.S. to similar struggles around the world.

This fight began in earnest in the late 1990s when highly effective antiretrovirals to treat HIV became available, giving a new lease on life to those who could access them. But the new drugs were expensive, and activists saw that their high cost would put them out of reach for most who needed them.

Some low- and middle-income countries took their own steps to make life-saving antiretrovirals available. In 1997, South Africa, in the midst of a rapidly growing HIV epidemic, passed the Medicines and Related Substances Act, allowing the government to produce or acquire less-expensive generic versions of the drugs. Meanwhile, domestically produced generics were a cornerstone of Brazil’s program to provide access to free antiretrovirals for people living with HIV/AIDS in the country.

Pharmaceutical companies opposed these efforts, with a representative of the Pharmaceutical Research and Manufacturers Association (PhRMA) claiming that countries that produced generics committed “a form of patent piracy.” So, too, did the Clinton administration, claiming that South Africa and Brazil violated intellectual property agreements under the World Trade Organization. In particular, former Vice President Al Gore, acting as chair of the U.S.-South Africa Binational Commission, and Charlene Barshefsky, the U.S. Trade Representative, pressured their South African counterparts to change the law in 1999.

Activists fought back against both the pharmaceutical industry and the policymakers who put intellectual property rules, and the corporate profits they protected, ahead of saving people’s lives. Members of ACT UP Philadelphia, along with others, hounded Gore on the presidential campaign trail, chanting, “Gore is killing Africans – AIDS drugs now,” and occupied Barshefsky’s office in Washington. They also participated in a massive demonstration at the 2000 International AIDS Conference in Durban, South Africa, with thousands of marchers from around the world crying “Phansi, Pfizer, phansi!” (“phansi” is Zulu for “down”) to demand a reduction in the drug company’s AIDS treatment prices.

All of this agitation worked. Clinton curbed his administration’s pressure campaign against South Africa. Thanks in part to the wider availability of generics, the average cost of antiretrovirals fell dramatically. And the 2001 World Trade Organization Ministerial Conference in Doha, Qatar, affirmed that public health and “access to medicines for all” would be paramount in the fight against HIV/AIDS and other epidemics.

Yet another community is stricken with grief in the wake of the horrific shooting at Monterey Park, California, on Jan. 21, 2023, that left 10 people dead and 10 more wounded. Families and friends of the victims, as ...Read More

Floridians will soon get another chance to weigh in on the state’s pending ban on medical treatment for transgender children diagnosed with gender dysphoria. But it’s unlikely that the proposed restrictions will change...Read More

Across the U.S., children and adults are increasingly exposed to harmful chemicals from a source few people are even aware of.

It begins on a street outside a home or school, where a worker in a manhole is ...Read More