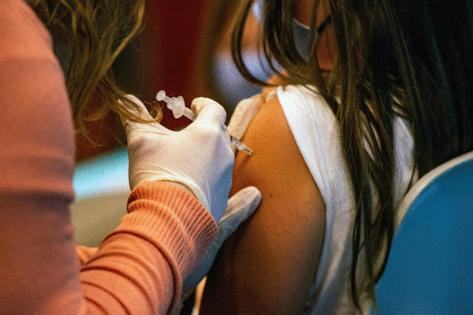 Come January, Connecticut and New Jersey will join the nine states plus Washington, D.C., that already allow children without permanent legal status to enroll in either Medicaid, the public health plan for residents with lower incomes, or in its sister program, the Children’s Health Insurance Program, known as CHIP.

The change is costing the states millions of dollars. Although the federal government usually pays for at least half the cost of those programs, the states extending health benefits to kids lacking permanent legal status do so without receiving any federal money.

Despite the cost, momentum is growing: Connecticut, Maine, New Jersey, Rhode Island and Vermont passed legislation in the past two years extending the coverage, part of a larger effort to insure more children. The pandemic gave extra urgency to their push.

Maine included pregnant women in its legislation passed last year. State Sen. Anne Carney, a Democrat who championed the extension, said financial concerns should not justify leaving any children or pregnant women without access to health care. The change will cost the state $1.5 million a year, according to budget documents.

“They are kids living in Maine and going to school in Maine and like their peers who were born in Maine or born in the U.S. or have citizenship status, they all have the same health needs,” Carney said in an interview. “And there is no policy reason to differentiate between two kids sitting next to each other in school.”

But no state led by Republicans, who tend to favor tighter limits on immigration and oppose the expansion of safety net programs, has approved such legislation.

Some critics say the move unfairly rewards people living in the country illegally. Jessica M. Vaughan, director of policy studies for the Center for Immigration Studies, a think tank that favors tighter immigration restrictions, said it is unfair to immigrants who follow the rules to provide benefits to those who are not here legally. She says it is unfair as well to employers who follow the law.

If taxpayers pay for health care for those here illegally, she wrote in an email, “in effect that is a subsidy to the employers of illegal workers, who can more easily get away with paying illegal workers below-subsistence wages, knowing that taxpayers will cover the gap between the low wages and what the workers need to support their families.”

She added that by “offering these benefits, states are putting out the welcome mat for illegal immigrants, and citizens and legal immigrants have to foot the bill.”