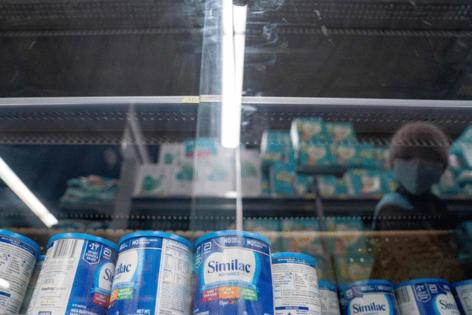 Formulas for toddlers are a burgeoning business in the United States: Sales of the drinks more than doubled in recent years as companies convinced parents that their little ones needed the liquid boost. But many experts warn that these products, designed for children ages 1 to 3, fill no nutritional needs beyond what is available in a typical toddler diet, are subject to less regulation than infant formula, and are expensive.

In addition, some parents feed the toddler versions to infants even though they do not meet federal standards for infant formula and may not provide babies with adequate nutrients to sustain their growth.

Pediatricians and federal health officials say that when most children turn 1, they can begin drinking cow milk or an unsweetened plant-based milk substitute. In a 2019 “consensus” statement, the American Academy of Pediatrics and other health and nutrition organizations recommended against using toddler formulas, saying “they offer no unique nutritional value beyond what could be obtained with healthy foods; furthermore, they may contribute added sugars to the diet.” The toddler formulas often contain sweeteners and fats that add calories.

Some of the same companies that produce infant formula — including Enfamil, Gerber, and Similac — also make toddler formulas, as do some smaller, boutique brands that advertise that they have organic or other special qualities. Toddler formulas are available nearly everywhere infant formulas are sold and are marketed as providing extra nutrients to help children’s brain, immune system, and eye development, among other benefits. They are different from medical formulas prescribed for children with specific needs.

Parents are often confused by the marketing for the formulas, according to a study led by Jennifer Harris, a marketing and public health researcher at the University of Connecticut. She found that 60% of caregivers falsely believed toddler formulas have nutrients that toddlers can’t get from other foods.

Dr. Anthony Porto, a pediatric gastroenterologist and pediatrics professor at Yale University, said he is concerned these products could be giving toddlers more nutrients and calories than they need. Unlike what’s designed for infants, toddler formula has no nutritional regulations: Experts say standardizing a supplement to toddlers’ diets is impossible because no two children are alike.

“Infants are often voracious eaters,” said Dr. Stephen Daniels, chair of pediatrics at Children’s Hospital Colorado. But at around a year of age, children’s growth plateaus, he said, and “they’re suddenly not hungry in the way they used to be anymore.” That can worry parents, he added, but “it’s a completely normal phenomenon.”

If parents have concerns about their children’s diet, Daniels said, they should consult a pediatrician or family doctor.

“I just can’t do what I used to anymore.”

As pulmonologists and critical care doctors treating patients with lung disease, we have heard many of our patients recovering from COVID-19 tell us this even ...Read More

Since the global monkeypox outbreak started to spread this past spring, more people are seeing the term “men who have sex with men,” or MSM, in the news and public health messages. You may have also heard this term ...Read More

At this point in the COVID-19 pandemic, nearly everyone has experienced the panic and uncertainty that come with having mild COVID-like symptoms – such as a cough and sore throat – only to test negative day after ...Read More