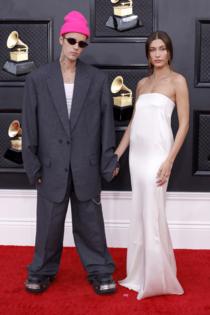 “I think a perfect example of that is over the last six months, both of us have gone through very serious health issues. You have to figure out how to deal with this s--t as it comes, you know? There’s a reason they say ‘for better or for worse.’ Like, that’s for real!’

Bieber, following a bout of COVID-19, earlier this year underwent a procedure to close an opening in her heart, which in March had resulted in her dealing with a mini-stroke thanks to “a small blood clot.”

Justin Bieber the month prior also had COVID, resulting in his decision to postpone multiple shows. In June, he delayed his remaining U.S. “Justice” tour dates due to suffering from partial facial paralysis.

A friend of the couple told People that the two are “unbreakable” together, while an insider close to the pop star contended that 2022 has “definitely been an overwhelming year so far” for them.