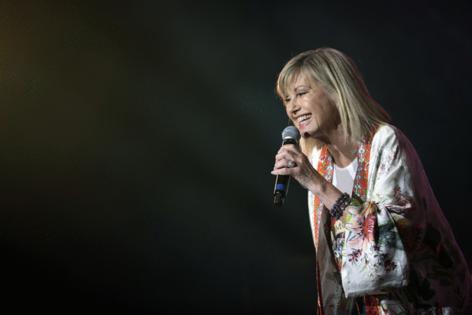 Newton-John was first diagnosed with breast cancer in the 1990s and spent 25 years in remission. When the cancer returned in 2017, this time in her spine, she fostered greater public awareness of the disease’s stages as she began canceling tour dates.

While it is uncommon for cancer to return after more than two decades in remission, it’s possible, which is why it is important for women and anyone who has had cancer before to keep up with routine screenings, said Pat Halpin-Murphy, president and founder of the PA Breast Cancer Coalition.

“People think that if you’re five years out, you’re sort of over the hump,” Halpin-Murphy said. But as Newton-John’s case shows, “you’re vulnerable at any time.”

Here’s what to know about metastatic breast cancer:

What is metastatic breast cancer?

“Metastatic” means cancer that has spread from the breast to other parts of the body, such as bones, liver, and lungs. Metastatic breast cancer, also known as stage IV cancer, cannot be cured, though treatments may help slow the spread.

How is metastatic breast cancer treated?

It depends on the type of breast cancer and where it has spread, said Melissa McShane, an assistant professor at Fox Chase Cancer Center, who specializes in breast cancer. Chemotherapy, immunotherapy, surgery to remove tumors, and a mastectomy, when the breast is removed, are all common treatments for breast cancer.

When deciding which treatment approach is best, doctors also consider patients’ overall health, their lifestyle, and their goals. For instance, some patients may want to pursue aggressive treatment while others may decide the side effects and time commitment of treatment are too much.