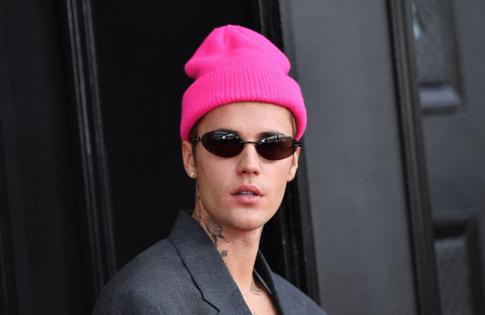 Fans of JBiebz — and practically everyone plugged into pop culture — are buzzing over Justin Bieber’s Instagram disclosure that he is experiencing facial paralysis after a viral infection led to a condition called Ramsay Hunt syndrome.

Here’s a look at Ramsay Hunt syndrome and what you can do to protect yourself against the common virus, according to UpToDate, an electronic medical encyclopedia used by health care practitioners determine diagnoses and treatment.

Q. What is Ramsay Hunt syndrome?

A. Ramsay Hunt is facial paralysis caused by varicella-zoster virus (VZV) infection of the facial cranial nerve. People with Ramsay Hunt often have associated ear pain, vertigo, and altered taste perception. Ramsay Hunt is a rare disease diagnosed in 5 people out of every 100,000 in a year in the United States.

Viewers of Bieber’s Instagram video may have noticed his face drooping slightly, with his eye most visibly impacted.

A. Varicella-zoster virus is also responsible for those itchy chicken pox spots that normally go away after 7-10 days post-infection. Sometimes during the course of chicken pox, the virus infects sensory neurons that are responsible for relaying information about the environment to the brain. This sensory nerve infection is what causes shingles later down the road.

The difference between chicken pox and shingles has to do with timing and severity. Chicken pox happens first, but most of the time the bright red rash goes away by itself. Shingles happens after the initial chicken pox exposure and can have more serious complications.

Q. So does Justin Bieber also have chicken pox or shingles?

A. Not that we’re aware of. While the infection of the same virus causes all three conditions, Bieber only publicly shared symptoms of Ramsay Hunt. In his Instagram video, Bieber said the right side of his face is paralyzed and explained how this impacts his ability to perform.

Q. Can I protect myself against VZV, chicken pox, shingles, and Ramsay Hunt?

A. The varicella vaccine is 90% effective at preventing chicken pox and may lower the risk for getting shingles later in life. If you’re not already vaccinated, think about getting a shot. The virus spreads through airborne droplets and direct contact, so you should limit exposure to someone who has an active VZV infection. The rash is considered infectious until it dries out and crusts over.

A. Doctors can prescribe an antiviral medication that can fight the varicella virus. However, they don’t work in every patient, and sometimes the facial paralysis is permanent.

Q: I’m thinking about getting a handgun for protection. What are the best ways to keep my kids safe with a gun in the house?

A: Roughly a third of U.S. homes with children have guns. In fact, an estimated 4.6 million ...Read More

Kids are heading back into the classroom, and health care professionals say it's important to prepare for the first day of school by keeping up to date with childhood immunizations.

The 2022 monkeypox outbreak started after the first case was reported on May 17 in Portugal.

The monkeypox virus is rarely fatal, with over 99% of infected people ...Read More

With many teens heading back to school, peer pressure and academic expectations are once again a reality. These added pressures can cause ups and downs during what can be an already tumultuous time of life. For some teens,...Read More

“Xylazine?” he asked, sounding out the unfamiliar word. “Tell me more.�...Read More