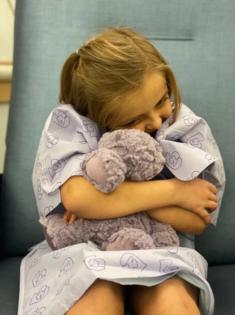 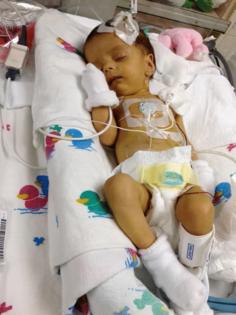 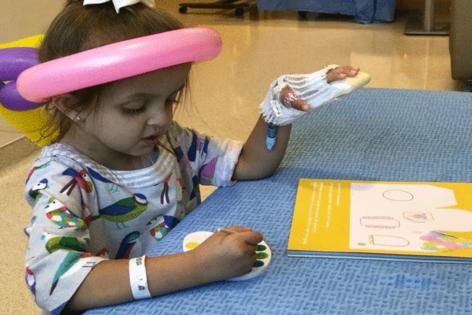 Nicolas Espinosa’s hopes for his 11-year-old daughter, Julia, are basic and profound: He wants her to stay alive and perhaps be able to eat normally someday.

And she might, if she can get three organs transplanted — and if the U.S. immigration system doesn’t get in the way.

In a case that reflects the significant and often-heartbreaking failures in how the U.S. welcomes newcomers to the country, the Espinosas are confronting not just the nation’s complicated and expensive health care maze, but an immigration system that Congress has not reformed for decades. Despite calls for coherent reform, immigration policy has been largely set through scattershot legislation and whipsawing administrative actions, often modified by the courts.

That chaotic reality is threatening an American girl’s life.

Julia was born in Miami when her parents were attending college on student visas. She had a birth defect called volvulus, a twisted small intestine, and doctors saved her as a baby by removing most of the organ. Never able to eat normally, Julia has survived by getting carefully crafted daily infusions of nutrients through an intravenous port in her chest, Espinosa said.

It’s extremely expensive and specialized care that Espinosa said Julia could not get in his home country of Ecuador, where they had planned to return. Instead, the family moved to Seattle 10 years ago to be near Seattle Children’s Hospital, where specialists can manage Julia’s nutritional needs well. Still, getting nutrition through infusions is not something the human body was designed for, and it has done damage to her internal organs. She is on transplant lists for the small intestine she lost at birth, and to replace her deteriorating liver and pancreas.

Their daughter’s health circumstances would be challenging enough, but Espinosa and his wife, Maria Saenz, face an additional struggle — an ongoing battle with immigration authorities to stay and work in the U.S. legally.

For the second time in three years, Espinosa faces the prospect of losing permission to work, which would cost him not only his job providing tech support at a software company, but also his health insurance. Without health insurance, his daughter would lose her eligibility for transplants.

Espinosa is acutely aware of his precarious position, and acted early to renew his immigration status, known as medical deferred action. It’s a category in which the government says it will defer trying to deport someone so they can deal with a severe illness. People who have action deferred can also apply for a work permit. Espinosa applied to renew his deferred action in November, even though his current deferment was good until the end of July.